Together, We Can Do Better

A new grassroots initiative combats the crisis of human trafficking in the Cape Fear region. 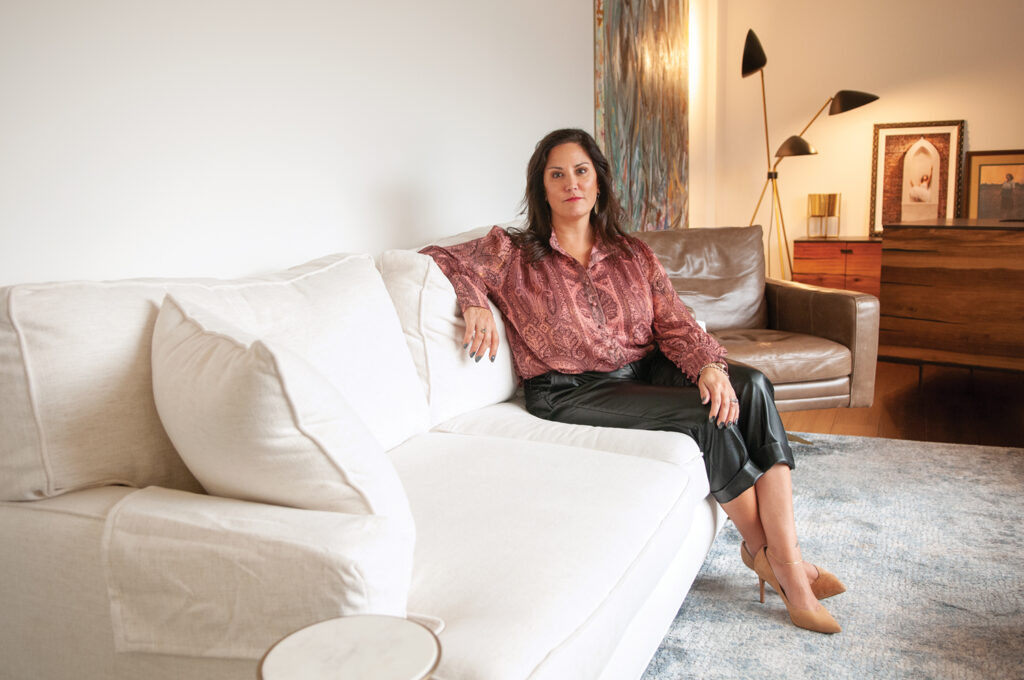 Human trafficking is an unthinkable crime with astonishingly high statistics. The United Nations Office on Drugs and Crime says the United States is ranked one of the worst countries globally for human trafficking with an estimated 199,000 incidents every year.

Existing in every region of the world, this criminal enterprise generates $150 billion per year according to the International Labor Organization.

It may not be the largest numbers that surprise you the most, but rather the smallest. Seven. This is the average number of years trafficking victims can expect to live if they are unable to break free from their trafficker — and the majority never do.

Sex trafficking is one of five types of human trafficking and it is modern slavery. It is defined by performing commercial sex through the use of force, fraud or coercion.

Trafficking is a crisis that affects millions of people, including many from our own country, state and community. North Carolina has been ranked in the top 10 states in the nation for reports of human trafficking. The creation of I-40 into Wilmington was a blessing in that it moves people to the region, but it also quickly became an artery for the billion-dollar sex industry. Interstates 85 and 95, along with the locations of the state’s military bases and the port system, contribute to the increase.

For over 20 years, she and her husband, Rick Stoker, have been serving men and women at the nexus of homelessness, poverty, sex trafficking and commercial sex work as a survival strategy. Both have extensive personal and professional in-depth experience in each aspect of what they do.

Lee Anna Stoker acknowledges that Wilmington has a solid network of resources, but the community’s trafficking response was happening in what she calls silos. She describes this as each resource in the network is operating independently and not sharing information.

She believed if she could help bring key problem solvers from Myrtle Beach, Jacksonville, Fayetteville and Wilmington together, the trafficking response a victim receives could be revolutionized.

“C.A.S.T. is a grassroots, all-hands-on-deck collaborative that is building a trafficking response network across our community,” says Stoker, president of the organization.

“I looked around our community and realized that we had underutilized resources, untapped potential, and problems too big for any one agency or person to solve. C.A.S.T. is about addressing trafficking at a systems level; in a region this size we can have personal relationships among providers and collaboration that creates real solutions.”

“Our C.A.S.T. partners are identifying the gaps that exist so that victims can be properly connected with the right resources. We’re also training our partners on the sex trafficking signs to look for and mapping out a network system of resources for victims,” says Stoker.

A federal law enforcement agent attended the September meeting, the group’s third. The agent shared that FBI, SBI, Homeland Security and local police departments are forming a task force that will share information on trafficking cases in our region. She said she sees the same patterns of moving girls through Fayetteville, Wilmington, Jacksonville and Myrtle Beach that Stoker does as a provider.

Stoker says her continued willingness to dive into this crisis along with her close familiarity to many victims has driven her desire to keep pushing and doing better.

C.A.S.T. is also working closely with sex trafficking survivors who can share valuable feedback about the care they received.

The agent said her office will work with C.A.S.T. to get immediate services to victims when they’re identified.

“Within the hospital system we are intentional about training and policies for our healthcare team to address the needs of victims of human trafficking. The development of C.A.S.T. allowed us to collaborate effectively with community partners that could act as immediate resources for our team as well as the patients we serve. We also love the fact that First Fruit has integrated the voice of the victims into their efforts with C.A.S.T.,” says Arthur.

C.A.S.T. is hosting invitation-only workshops to make sure the right problem solvers get involved. During the September meeting, the partners worked on a five-year strategic plan that will lay a groundwork for how people can get involved in the future.

Stoker says, “The time is now. Let’s get to work. Together, we can do better for our community.”

To help others recognize potential endangerment and notify law enforcement, the United Nations Office on Drugs and Crime has a list of indicators used to help identify victims. These indicators include:

• Appearing injured or having signs of physical abuse

• Responding in manners that seem rehearsed or scripted

If you suspect someone is a victim of human trafficking, don’t wait:

The Collaborative Against Sex Trafficking (C.A.S.T.) is a community service that nurtures a healthy trafficking response network on the Carolina Coast by fostering collaboration between providers.

C.A.S.T. offers a system map of resources and gaps in services, connects providers to each other for training and support, assesses the client experience of the trafficking response system, and nurtures provider relationships through networking events and resource navigation tools.

C.A.S.T. has developed a five-year strategic plan to strengthen the response to human trafficking in the Coastal Carolina region. The goals include:

• Foster collaboration between providers that promotes a culture that is authentic, inclusive, and strength-based