Take it to the Rack

Lacrosse is one of the newest sports on Wrightsville Beach 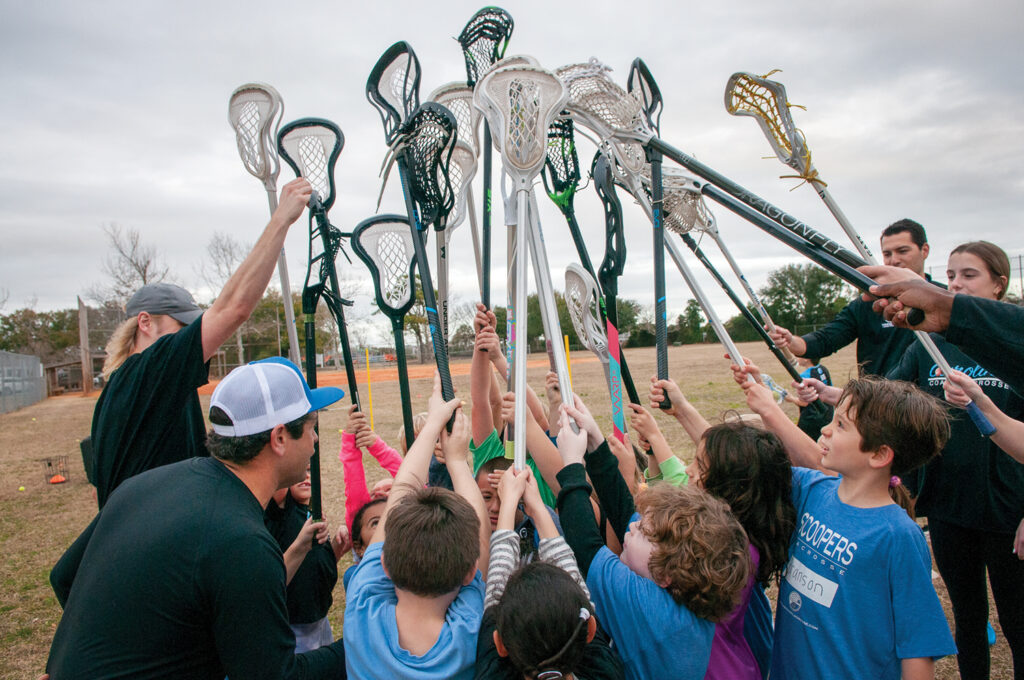 The Scoopers lacrosse players huddle at the end of practice in Wrightsville Beach Park on Feb. 3, 2022. Photo by Allison Potter

Lacrosse is the newest sport to hit the scene in Wrightsville Beach, as Carolina Coast Lacrosse recently launched a co-ed league for children between the ages of 6-14 in New Hanover and Brunswick counties. The spring season kicked off in mid-February, with weekly practice sessions held at Bradley Creek Elementary School.

Games associated with Carolina Coast Lacrosse, which is a member of the Eastern Carolina Youth Lacrosse League (ECYLL), are set to begin in early March. The end date for the nine-week season is slated for mid-May, with the ECYLL end of season tournament.

Lacrosse is one of the fastest growing sports in the nation. A recent study by the NCAA showed that men’s lacrosse teams grew by over 60 percent between 2003 and 2018. The number of women’s lacrosse teams increased from 256 to 505 during the same period.

Players and fans enjoy the fast pace, physicality and challenge. It’s often called a crossover of several different sports, but because the aim is to shoot a ball into a goal — albeit with sticks, not feet — many think the comparison to soccer is the most accurate.

Calling lacrosse a crossover is a bit off base, however, as the sport was first played by the indigenous Haudenosaunee people as early as 1100 AD. The French gave the sport its name, referencing a crozier (hooked staff) carried by bishops.

The Scoopers program includes lacrosse, a co-ed program for youth ages 4-8. It takes place at Wrightsville Beach Park on Thursdays from 4-5 p.m.

“We’re really enjoying having scoopers lacrosse here,” says Katie Ryan, Wrightsville Beach recreation program supervisor, in a post from the Carolina Coast website. “This program has really brought out a lot of younger kids learning how to play the sport.”