Mission of Feast Down East: To Aid Local Farming Communities 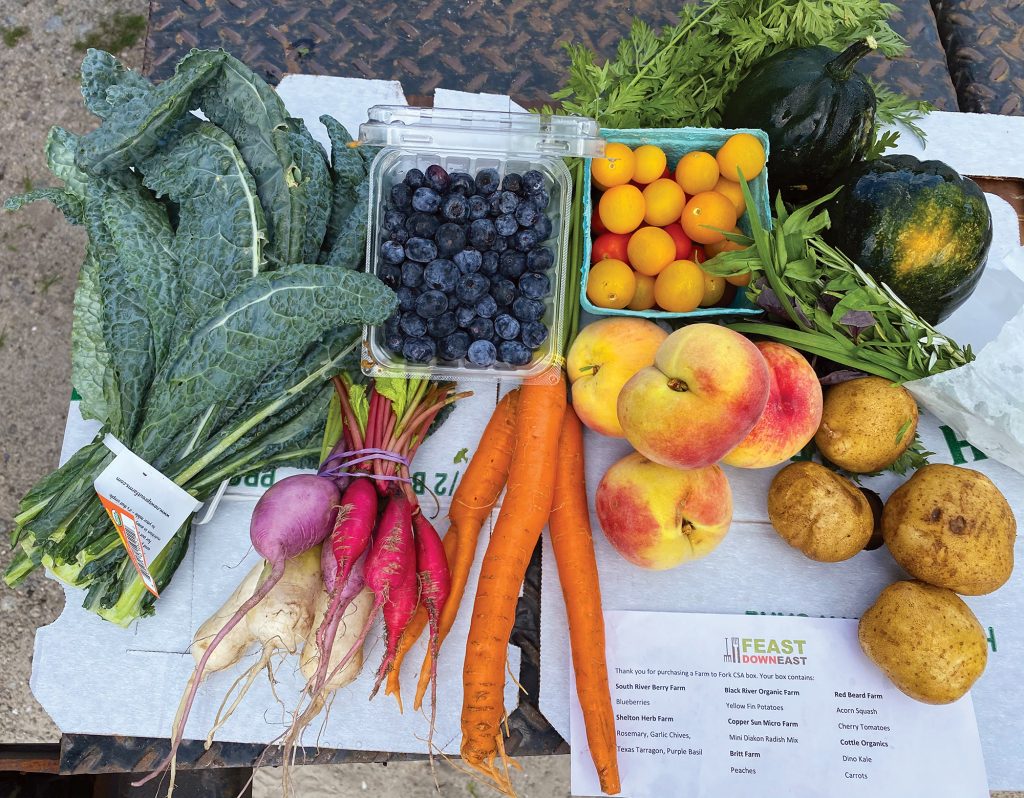 It’s strange to think that, with all of the technological advancements we have in the 21st century, farmers often lack the logistics and resources to efficiently distribute produce to their local communities. It’s also strange to think that people who live in low-income farming communities can have difficulty affording fresh vegetables that are grown just down the street.

Unfortunately, those are realities facing people in New Hanover and surrounding counties. Feast Down East, a nonprofit based in Burgaw in Pender County, was created to tackle the problem.

The organization, founded in 2006 by University of North Carolina Wilmington sociology professor Leslie Hossfeld and Rev. Mac Legerton of the Community Center for Action in Lumberton, was established to help alleviate poverty among rural, small-to mid-size farmers, particularly ones transitioning from tobacco to vegetable farming.

For the past 14 years, the organization — originally known as the Southeastern North Carolina Food Systems Project — has grown its network of partnerships with farmers and counties, along with its extensive community outreach programs.

“For years, we tried to figure out how to support the farmers’ businesses,” executive director Cara Stretch says. “Eventually, we opened the Food Hub in 2011, which was a way for us to get local, farm-fresh products out into the community. We tried to bridge the gap between the rural farmer and the urban consumer. It’s a wholesale price set by the farmer, which is unique because most of the time they’re negotiated down so low that they can’t make enough of a profit to sustain their business. We actually allow them to set the price, then we sell the produce to restaurants, Whole Foods, UNCW and more.”

Feast Down East has had its share of struggles with leadership changes and lack of engagement since its founding but, as the farm-to-table movement began to take off, the sourcing of local produce and meats drew renewed attention to the organization.

As COVID-19 upended the world, Feast Down East found new success by strategically pivoting to curating agriculture boxes, which helped growers distribute their crops. As nationwide grocers struggled with supply chains, the boxes with fresh vegetables filled a large, local gap and improved the organization’s visibility within the Wilmington community.

“It’s not a traditional CSA box, as you usually buy into months of products and support a farm directly so they can grow and plan for their season,” Stretch says. “This is more of a reactive program to COVID. Wholesale has been hard because restaurants are not at full capacity and UNCW is not feeding the whole student population right now. The CSA has helped keep the farmers in business and, honestly, us as well. COVID has actually given us the opportunity to work more collaboratively. It has shown that the big food system doesn’t work, and it really failed us during the pandemic. The local small farmers here were really able to step up and provide the products that were missing in the chain grocery stores.”

In the coming months, Feast Down East aims to reach even more people in vulnerable communities that lack access to fresh food by offering discounted produce and a dollar-for-dollar match on EBT and SNAP cards, as well as nutrition programs featuring cooking classes and healthy eating coaches.

To further strengthen farming communities and facilitate a thriving future, Feast Down East will continue to improve upon and expand the CSA boxes, while growing its mobile footprint.

“It’s really interesting to see how many more people are engaged with us on social media and are supporting our mission by signing up for our newsletter and giving private donations, which we never really attracted before,” Stretch says. “Because of the CSA, we’ve seen more involvement.”

With a goal of 50 or more boxes per week from March to August, this could be a banner year for the burgeoning nonprofit.

In an uncertain world, supporting local agriculture is not simply an altruistic mission. It just might be the most prudent way to secure sustainable food sources for families from every socioeconomic background for years to come.

Chef, author and restaurateur Vivian Howard will be the keynote speaker for Feast Down East’s 11th annual Local Food Conference, being held virtually this year on the weekend of March 5. The event, which includes workshops and panel discussions, aims to strengthen relationships between groups that are involved in supporting and growing the food system in Southeastern North Carolina. Workshop topics will cover how COVID-19 impacted the local food system, racial equity as it relates to food access, nutrition education, cooking demonstrations, and farming topics such as livestock, pest control and business planning. The conference is open to the public and will appeal to anyone interested in food, seafood, farming, gardening and restaurants, and how they all work together. For updates on registration, visit Feast Down East’s website or follow on social media.