On duty at Wrightsville Beach 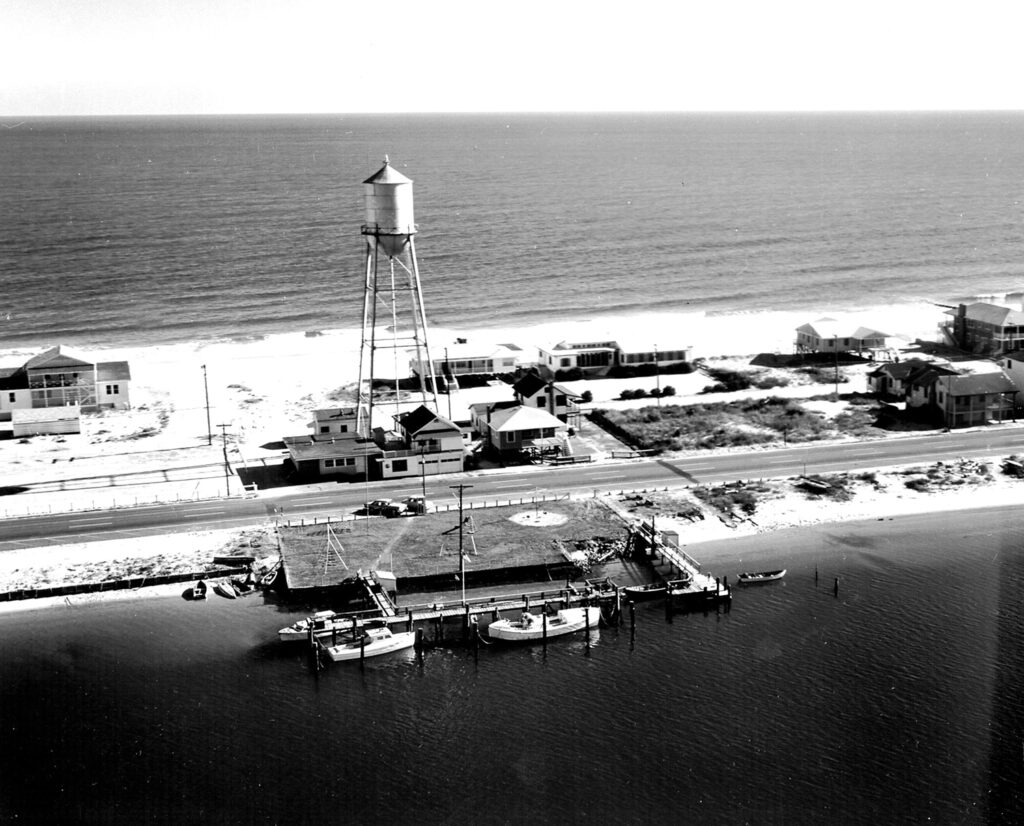 Beginning in 1958 the government maintained a Light Attendant Station on Wrightsville Beach, located across from the old Town Hall. This photo was taken in 1961. The odd-looking boat in the foreground is a 36-foot beach rescue vessel, a self-righting, selfbailing motor life boat, which was in common use until the late 1970s. Coast Guard historians in Washington said the Light Attendant’s job was to maintain the minor aids to navigation, the buoys and acetylene buoys. Photos Courtesy of US Coast Guard Archives, Washington D.C.

Originally published in the August 2001 issue of Wrightsville Beach Magazine.

Ever since man has gone down to the sea in ships, great risks have been run to rescue those in danger. To improve the possibility of success, responsibility had to be delineated and means appropriated.

In 1831, the U.S. Secretary of the Treasury directed the revenue cutter Gallatin to cruise the coast in search of persons in distress. This was the first time a government agency was tasked specifically to search for those who might be in danger. In 1837 Congress authorized the President to cause “public vessels … to cruise upon the coast, in the severe portion of the season … to afford such aid to distressed navigators as their circumstance and necessities may require; and such public vessels shall go to sea prepared fully to render such assistance.”

The United States Coast Guard (U.S.C.G) is the nation’s oldest maritime agency. Its history is quite complicated because it is the incorporation of five previous federal agencies, the Revenue Cutter Service, the Lighthouse Service, the Steamboat Inspection Service, the Bureau of Navigation and the Lifesaving Service, which were originally independent but had overlapping authorities and were shuffled around the government before being united under the umbrella of the Coast Guard. It is the nation’s leading maritime law enforcement agency and has broad, multifaceted jurisdictional authority.

The U.S.C.G. traces its origins to Aug. 4, 1790, when Congress authorized the president to build and equip 10 boats to collect revenue and provide for a complement of officers and men to operate these boats. This early service was known as the Revenue Marine (later the Revenue Cutter Service) and represented an attempt to counter a serious smuggling problem that had tremendous financial impact on the nation’s ability to enforce its laws at sea.

At the southernmost end of Wrightsville Beach, just before Masonboro Inlet on the sound side, lies one of the most beautiful peninsulas on the eastern seaboard. This two- to three-acre waterfront jewel that fronts Banks Channel has an unparalleled development value, but it belongs to the federal government. Established in August of 1969, this is home to Coast Guard Station Wrightsville Beach.

As early as 1958 the government had maintained a Coast Guard Light Attendant Station, with docks located on Banks Channel across from the old Town Hall.

Underneath the old water tower, this modest cluster of buildings also encompassed the police station, the jail, and the fire station and town offices. To the north and rear of the water tower was a small barracks-like building that served as the Coast Guard Station.

The Coast Guardsmen were stationed there to operate the Coast Guard’s Motor Life Boat. This odd-looking craft was a self-righting, self-bailing, 36-foot beach rescue vessel and a forerunner of today’s heavy weather boat, and in common use until the late 1970s.

Then police chief Milliard Everette “Stinky” Williams’s daughter, former WB Museum Director Jan Brewington, and her friends had a playground on the expanse of grass beside the sound.

In Jan’s memory, these young Guardsmen “just hung around all day,” and she fondly describes a little playhouse they built for her on the property during their free time. She tells a story about how she and a playmate once got into a world of trouble “stealing some military green paint to paint their playhouse.” The trail of evidence was obvious; they had used their hands.

The present station’s low gray buildings on the southern end of Wrightsville were constructed in 1969 and situated on the western portion of the site, which was originally three parcels. Several homes on the property were torn down due to high maintenance costs, and a parking lot added in their place.

The station’s area of responsibility runs from Frying Pan Shoals, north to Surf City and out to 50 nautical miles, plus the ICWW from Surf City down to Snows Cut. To respond to calls for assistance in any type of weather, the unit has a solid array of vessels ready for immediate action.

While they do not enforce state or local laws they do assist other law enforcement agencies. They will get involved when a boater is acting negligently, and do enforce boating while intoxicated laws.