A guiding role for safe passage 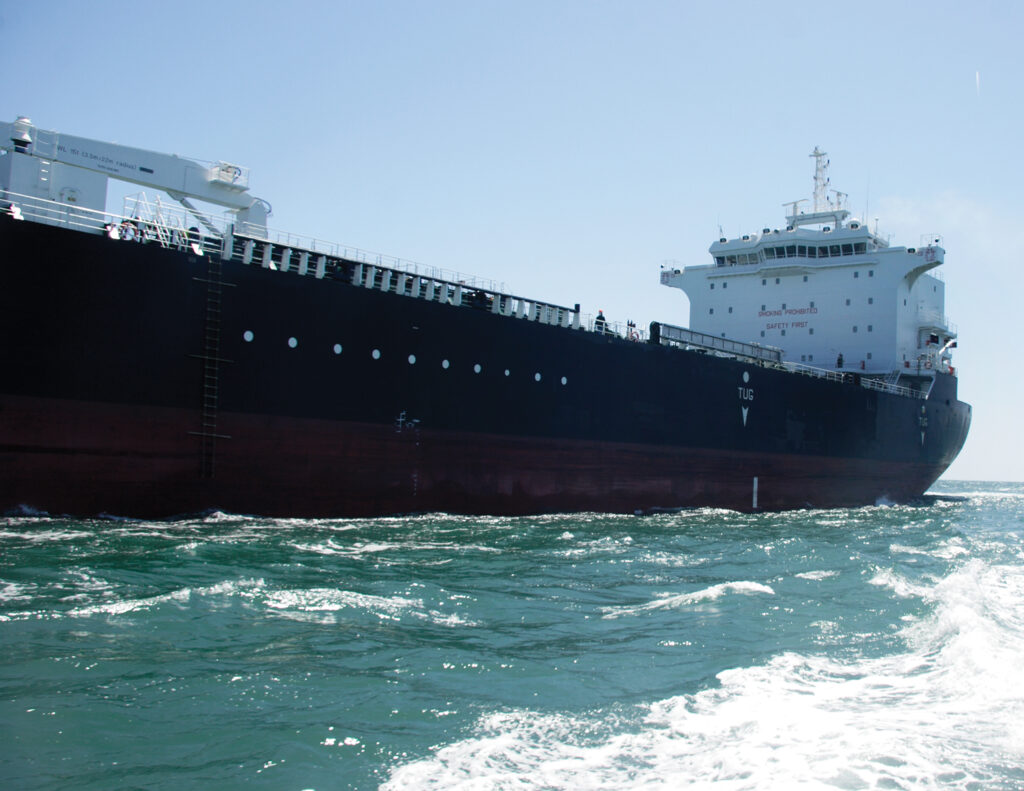 Originally printed in the June 2006 issue of Wrightsville Beach Magazine.

As the 750-foot Torgovy Bridge tanker makes its offshore approach to the Port of Wilmington, a 48-foot black-and-white fiberglass pilot boat slips unnoticed from its berth in Southport, heading out to meet the ship at the sea buoy  10 miles off the coast.

Wearing a baseball cap and windbreaker, Herring, 58, jokes with the crew during the 45-minute ride out to the open seas. As they approach the tanker, Dixon skillfully navigates to the seaward side of the huge vessel as Herring and Hew make their way to the bow. Within seconds, Herring and Hew nimbly scale 30 feet up the side of the tanker via the hanging rope ladder. Once on board, the pilot and apprentice will head to the wheelhouse where they will help navigate the ship for the next 3 ½ hours during its 25-30-mile trip up the Cape Fear River. They will do this not by taking over the controls, but by giving course directions and speed commands to the helmsman of the ship.

Once in the river, about a mile below where the ship will dock, the river pilot’s responsibilities come to an end. A docking pilot then comes aboard to complete the journey and steer the ship into its berth at the port.

With clear skies and calm waters, today’s assignment has been a breeze for Herring and his crew, who successfully completed a job they and their fellow pilots have been doing for decades — guiding ships from all over the world safely into and up the Cape Fear River and on to Wilmington’s port.

In Southport, just down the street from where the two Cape Fear pilot boats are berthed, stands a two-story structure on stilts — the official headquarters and control center of the Cape Fear River Pilots Association, founded in 1921. On the top floor of the 40-year-old structure, Boyce Spencer sits in front of a computer and GPS monitor as he coordinates the arrival and departure of ships and dispatching of pilots and crew.

In this small room, surrounded by windows overlooking the Cape Fear River, it’s easy to imagine the colorful lives of those marine pilots who were and still are so much a part of Wilmington and Southport’s seafaring history.

The practice of river piloting dates back to the mid-1660s. Fierce competition existed among local pilots, who anchored their craft at the mouth of the Cape Fear in hopes of being the first one to board an incoming vessel, thus winning the right to guide it up river. These local pilots soon discovered that by forming alliances they could purchase larger and faster boats, thus securing more business for themselves. They also began training apprentices and over time formed the Association of Pilots.

In 1751 the Colonial Congress enacted the first legislation to regulate the Cape Fear River pilots. In 1784 the state legislature drafted an Act for Regulating the Pilotage and Facilitating the Navigation of the Cape Fear River. A five-man Board of Commissioners of Navigation and Pilotage was appointed and given the authority to license new pilots. To this day, the board continues to be the official body that appoints new pilots.

Cape Fear River pilots played a huge role during the Civil War when Wilmington became the dominant Southern blockade-running port. In his book Masters of the Shoals, Jim McNeil states that some 75 men served as pilots during this time. Many were captured, but the $5,000 in gold per trip that could be earned enticed many a pilot to overlook the danger and attempt to slip past the sometimes up to 34 federal ships stationed at the mouth of the Cape Fear River.

“These men, with their unique knowledge and skills, helped keep the hopes of the Confederacy alive during the last years of the Civil War,” McNeil says.