If I had just one word for this November’s issue, it would be poignant 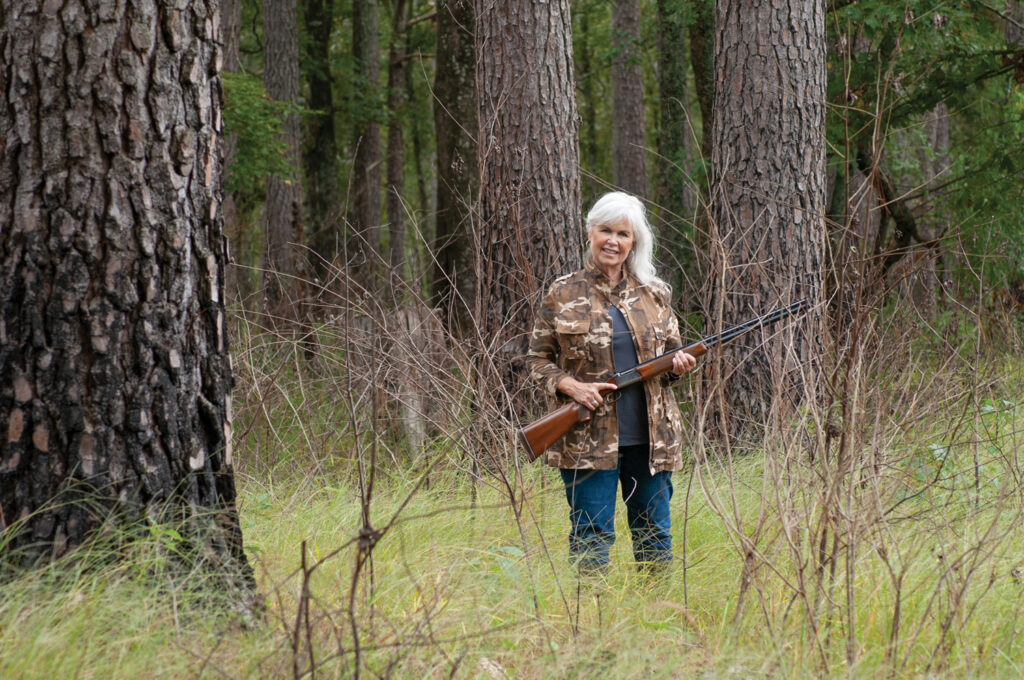 This issue is just that, from our thrilling Home of Distinction, a young couple’s 17-acre farm and new farmhouse, to Robert Rehder’s last-first father and son quail hunt memory, to a Wilmington Vietnam veteran fighter pilot’s reunion with his warplane, and more — it’s all wonderful.

Rehder’s story could be truth or fiction or a blend of each, you decide. But the story moved me, prompting a return to Bobby Harrelson’s Genteel Plantation with its own white farmhouse to capture a new photo out in the sprawling woods, toting a pretty special quail gun.

If you have not guessed all these years, I am a fan of catching or shooting your supper and Genteel is a jewel of a place for the Harrelsons and friends to do just that. The day could not have been finer.

Just 30 miles up the road, Genteel, near Atkinson, is worlds away from the mad rush of Wilmington. Time spent there is a treasure. A stop at Eagle Island Market on the way back into town was icing on a sweet, sweet afternoon.

While we don’t offer breast of wild quail wrapped in bacon in this month’s Savor feature, skillet cooks will thrill at new holiday-inspired recipes to try in their treasured family iron cookware. Don’t fail to see the special fall table setting in our home feature already mentioned.

Next, you don’t want to miss the 51-year reunion of former Air Force pilot Hampton Tillery Jr. — son of one of the cofounders of Atlantic Appliance — with the very plane he flew as a lieutenant in Vietnam, an A-1H Skyraider. It is remarkable how the aging plane survived all these years and found its way to restoration, now in perpetual care at the Tennessee Museum of Aviation in Sevierville.

This issue’s artist is Wilmington’s Joe Seme, North Carolina realist. Seme also holds a dubious claim to fame, of knowing me longer that anyone in this town. Back in the early ’70s when Seme was a co-owner of a long-gone live music venue looking out at Sugar Mountain’s ski slopes, I held down my third job at the Hub Pub Club in Banner Elk. It was there that I met and heard Charlie Daniels perform “The Devil Went Down to Georgia.”

I told you it was poignant, made more so in that this will be the first issue without one of our number one fans, Marilyn “Jim” Douglas of Groton Long Point, Connecticut, who was my oldest living sister before passing in October at the age of 95. I so loved creating stories and photos that I knew she would comment on and share with her neighbors.

As people boldly venture out together again, plans are complete for this year’s North Carolina Holiday Flotilla. Join me in looking forward to again celebrating the Thanksgiving holiday with lighted boats, house parties and fireworks.