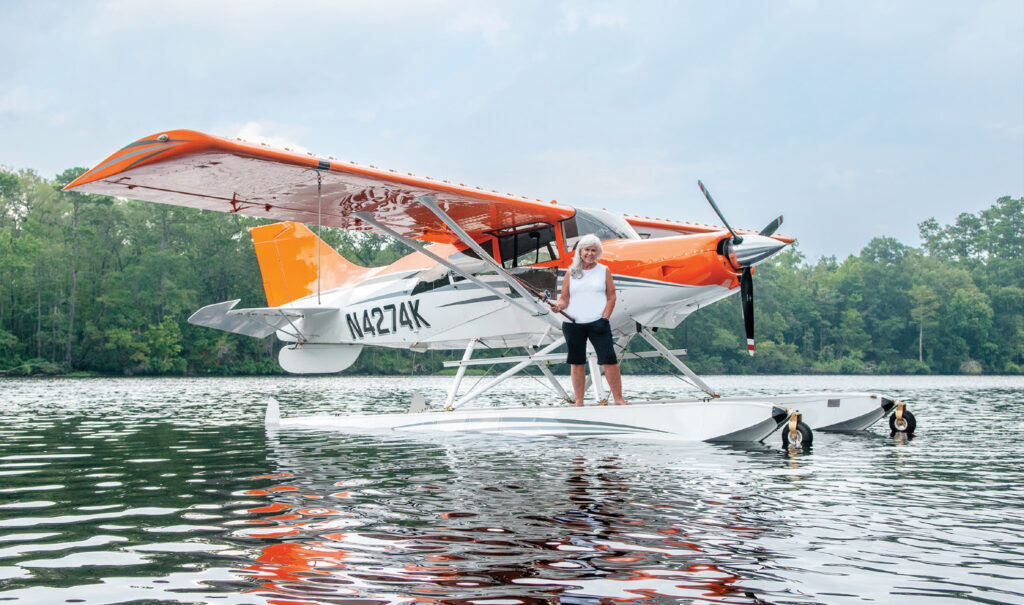 I couldn’t be more pleased with Allison Potter’s photography of the Battleship North Carolina. On our cover and inside, see more and learn about her new digs in a photo essay starting on page 34.

You’ll notice the freshly painted battleship has a restored Kingfisher seaplane on her deck. The WWII-era aircraft was used for observation and rescue but was also involved in anti-submarine patrols, helping battleships hit their targets, and doing mail runs.

The USS North Carolina carried three Vought Aeronautics Kingfisher seaplanes into the war theater. Two were lost on the same day in 1944 while protecting aircraft carriers and doing rescues. A third, OS2U-3, was recovered from its 1942 crash site near uninhabited Calvert Island, Canada. After a year of restoration in Dallas by retired Vought workers called the Quarter Century Club, the amphibious plane was dedicated and placed back aboard the battleship on June 25, 1971.

I am sure you’ll agree that this fascinating bit of history of our beloved battleship and Allison’s photos, coupled with Robert Rehder’s poignant remembrance (or tall tales) of fishing trips to remote Hutaff Island’s north end for red drum, set up the perfect segue into my cool aerial tour of Wilmington’s downtown waterfront with former airline pilot, certificated flight instructor, and FAA Designated Pilot Examiner David Lackey in his classic Maule M-7-260 amphibious aircraft.

To the delight of tourists lining the historic riverfront and opposite shore by the battleship, Lacky, with me aboard, made numerous landings and takeoffs on the Cape Fear River. In our In View section, you’ll see a fabulous shot of the Riverfront Park concert venue, which we flew over in the float plane.

My day in the air and on the water with “Aqua Man” was an exciting adventure. The downtown riverfront is so beautiful from the air and from the river itself. One of the day’s surprises was the vast tracts of undeveloped forested land between Wilmington and Rocky Point, where we landed on the river.

This high adventure ended with a dream fishing photo on the Northeast Cape Fear River, the boundary between New Hanover and Pender counties. Exploring this part of the river has been on my bucket list for years. The contrast between the city waterfront and the total serenity of the tributary couldn’t have been more dramatic.

In addition to Wilmington’s Modern Aviation at ILM, Lackey’s home base is waterfront on the Northeast Cape Fear, where his orange and white floatplane is tied out front to the dock.

From there he trains and certifies seaplane pilots under the moniker Aqua Aero, begun in 2020.

Also in this issue, canine lovers will find recipes for man’s best friend from the Paws Place cookbook. Our music-themed Home of Distinction at Anchors Bend is the work of contractor Annah Norris and architect designer Channing Glover.

I have no idea how we will top this; we’ll all just have to wait and see. In the meantime, life on this earth is precious. I encourage you to embrace it with family and friends this month.