Turn Up the Heat!

Wilmington gets a professional basketball team 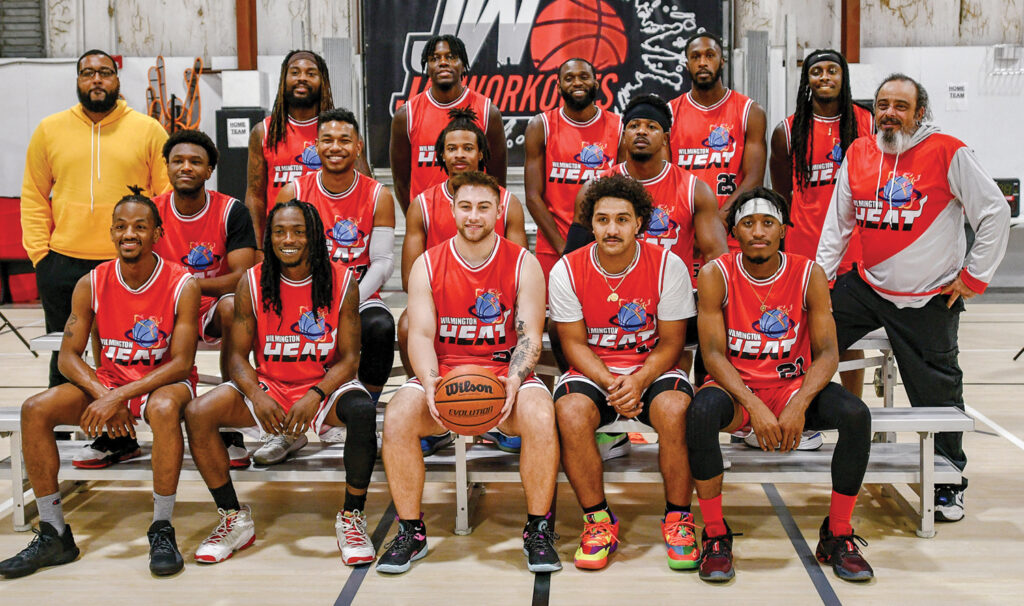 It’s getting hot in here. A quick turn of events that happened almost overnight has resulted in the igniting of the Wilmington Heat, a professional basketball team for the Port City.

“I have a friend who is a scout, he reached out to me about starting a pro team in Wilmington. I decided to take him up on his offer,” says Josh Humphrey of JAH Workouts, the team’s coach and co-owner along with Vinny Pagano of the Pro Basketball Association (PBA). “We held tryouts, picked our team and that was actually only about a month ago, so it was a quick turnaround, but I’m excited,” he said in November.

The Heat is a Mid-Atlantic PBA D-league team designed to give its players exposure to scouts overseas as well as provide the community with high-level, fun-to-watch basketball.

“This league gives these players a platform where they can get legit stats, have good film and go from this league to a higher-level league rather than them trying to figure it out on their own,” says Humphrey.

All home games will be played at Humphrey’s gym in north Wilmington, which has a 94-foot NBA-size court.

“We’ve got top-quality players for our Wilmington fans, they played Division 1 in college, they’ve played in other pro leagues, it’s top-notch talent,” says Pagano, who approached Humphrey about the team. “A player could be playing for us one week right here in Wilmington, our international partners could see his video and verify his stats, and he could be playing in Spain, Mexico, Canada or any number of places the following week. That’s what we’re trying to do, we’re trying to get them those opportunities.”

Games are under way as the team faces PBA rivals across southern states. Players include Montez Loman, a 6-foot-6 forward who holds the all-time blocked shots record at Brunswick Community College where he was named defensive player of the year before moving on to Tennessee State University, a Division 1 school. After college, Loman played for minor-league teams in Raleigh, New York and overseas in Central Africa. He was scheduled to play in Indonesia in 2020 when Covid hit.

“That’s when everything shut down. That whole year I took off because you couldn’t go anywhere and then 2021 came and I was just in a dark hole,” Loman says. “I decided to start my own business [as a certified professional trainer] and go from there. Then Josh approached me about this team, and I said, ‘I’ll play.’ I think we’ve got a great thing brewing up right now. We’ve got a lot of talent on our team, a lot of guys who are hungry.”

Blake Smith of New Hanover High School played for Pfeiffer University and the University of New England. Known for his three-point shot, Smith played professionally in Portugal after college.

“I would love to have the opportunity to go back and play somewhere overseas. That’s the end goal,” Smith says.

The Heat brought the heat in their first game, defeating the Fayetteville Flight, 105-98.

“The lead changed three times, we were up by 13 at one point and won by seven, a high scoring game, everyone walked out happy and ready for game two,” says Pagano.

If the Heat wins their division, they will play in Dallas, Texas for the finals.

“This has been an incredible experience for me personally,” Humphrey says. “I love coaching pros and high-level ballplayers and to give them an opportunity to be seen. There’s no better feeling than that.”

The Heat is receiving great support from the community and has 10 sponsors. All home games have been well attended.