It’s a touchy subject. You’re embarrassed to talk about it but you shouldn’t be. After all more than 18 million people are diagnosed with digestive disorders in the United States each year and about half of all Americans are affected by some sort of digestive problem. You aren’t alone. 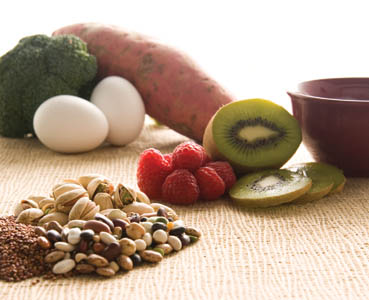 If you live in the Port City you’re in luck. Gastroenterologists Dr. Matthew Mlot Dr. Robert D.J. Henihan and Dr. James Mertesdorf and family nurse practitioner Courtney W. Wilson have heard it all. They won’t bat an eye when you rattle off your symptoms whether you suffer from diarrhea indigestion constipation or bloating. So don’t be shy. Go ahead and tell them. There’s no shame in admitting that your belly hurts.

Courtney W. Wilson a family nurse practitioner at Insight Family Health Center (3175 Wrightsville Avenue 910-763-1960) sees many patients with digestive dilemmas. With each patient she takes a functional approach that focuses on the entire wellness of the individual. “Digestion is an essential component to good health ” says Wilson. “If your digestion isn’t healthy then often many other things go awry with your overall health. During digestion we absorb nutrients and vitamins. We also eliminate toxins. If someone has chronic diarrhea then they don’t absorb [nutrients] well. If they’re constipated then toxins don’t get eliminated quickly.”

Often people who suffer from these problems also suffer unpleasant symptoms linked with a dysfunctional digestive system. For example people who are constipated often have headaches. Alternately people with poor nutrient absorption resulting from food intolerances or allergies often develop rashes. Even skin problems like eczema and psoriasis are linked to poor digestion.

“I think we underestimate how much digestion affects our body processes ” Wilson says.

In Wilson’s opinion the two most important components of digestion are probiotics and digestive enzymes. Probiotics often called “good bacteria ” are live beneficial microorganisms similar to the ones found in the digestive system. Taken as a dietary supplement or found in foods such as yogurt or soy probiotics show promising effects with patients who suffer from Irritable Bowel-like symptoms such as chronic diarrhea or constipation. This “good bacteria” is also important because it makes enzymes that help us digest food. If this bacterium becomes depleted it produces fewer digestive enzymes. Wilson and many gastroenterologists suggest that probiotics can help balance the digestive system improving unpleasant symptoms.

Wilson also offers patients simple tried-and-true advice to aid in their digestive health. “Focus on eating whole foods. In other words eat foods the way they were initially intended to be eaten — not processed refined bleached or changed dramatically ” she says. “And chew your food! We eat too fast. Chewing food 15-20 times helps stimulate saliva production in the mouth which helps break it down and softens it. Eating slowly also allows your body adequate time to make digestive enzymes.”

What if you’ve followed Wilson’s advice and integrated probiotics into your diet to improve your digestive health and your tummy still hurts? Well there could be a few different explanations. If you’re experiencing diarrhea or constipation bloating or abdominal pain some doctors might say you’re suffering from Irritable Bowel Syndrome (IBS).

IBS is a diagnosis often given to patients with general discomfort in the gastrointestinal tract. But Dr. Matthew Mlot of Wilmington Health Associates (1202 Medical Center Drive 910-341-3343) has found that patients with IBS-like symptoms might instead be suffering from Celiac Disease (CD). “A lot of people have these nonspecific symptoms ” says Dr. Mlot “bloating gas diarrhea etc. These used to be termed as Irritable Bowel which they very well may be but Celiac Disease has been brought to our awareness.”

CD is a digestive disorder affecting both children and adults. When people with CD eat foods with gluten like grains such as wheat rye and barley it creates an inflammatory reaction that strips the absorptive surface off the small intestine and results in malabsorption. Consequently CD shares many symptoms with IBS. “Classic Celiac symptoms are diarrhea and weight loss but you can have a lot of variation. Patients could have bloating cramping or constipation ” says Dr. Mlot. “Those are the symptoms that are difficult to separate out. Your first impression might be that your patient has IBS. But [doctors] have to keep their thinking caps on. You can’t just write this off as IBS.”

Some other symptoms of CD include bone or joint pain behavior changes/depression/irritability fatigue missed menstrual periods canker sores inside the mouth and/or tooth discoloration. If you are suffering from these or other IBS-like symptoms like diarrhea and constipation ask your doctor about CD. In the meantime Dr. Mlot has good news. If people with CD reevaluate their diet and take out gluten they can get relief from their symptoms. “Dietary treatments eliminate the reaction ” says Dr. Mlot. “The surface of the small intestine re-grows and absorption continues normally.”

An alarming 63 percent of Americans are overweight and obesity contributes to numerous health problems from heart disease to high blood pressure. And this just in: Obesity is also linked to cancer. Dr. James Mertesdorf of Hanover Medical Specialists (1515 Doctors Circle 910-763-1219) traces the connection between obesity and cancer.

“People who are obese have increased amounts of reflux or heartburn ” says Dr. Mertesdorf. “A small percentage of these people develop Barrett’s Syndrome.”

Barrett’s Syndrome is an abnormality where the stomach lining migrates up into the distal esophagus as a result of severe reflux. “When I came through training 95 percent of people with esophageal cancer were alcoholics and cigarette smokers. Now they almost all have Barrett’s ” says Dr. Mertesdorf. “Here’s what’s happens: Obesity leads to reflux which leads to Barrett’s which leads to adenocarcinoma of the esophagus.” What’s that? It’s cancer and it’s on the rise.

Males over the age of 60 who’ve experienced reflux every day for more than 10 years are at high risk and should get screened for Barrett’s. To screen doctors perform an upper endoscopy. Under sedation patients swallow a small flexible tube and doctors take a painless biopsy. “If you have Barrett’s you’ll get regular biopsies to watch it ” says Dr. Mertesdorf. And if it develops into cancer there are new treatments showing success. One of the most popular is the Halo Procedure. A devise called a Halo is lowered into the esophagus where it uses heat to destroy abnormal lining.

Obesity has also increased the instance of a health concern called fatty liver the build-up of fat cells in the liver. About 10 percent of the people diagnosed with fatty liver will develop a liver disease called NASH — Nonalcoholic Steatohepatitis. Of the people that develop NASH about 10 percent develop cirrhosis which results in intense liver scarring and prohibits proper liver function. “One percent of people with fatty liver go on to cirrhosis ” says Dr. Mertesdorf. “And one percent isn’t a big deal until you consider that more than 50 percent of Americans are overweight.” People who are obese diabetic or have elevated cholesterol are at risk for fatty liver but there are really no classic symptoms for it. Dr. Mertesdorf’s advice for people worried about developing either of these serious illnesses: reduce your risk by reducing your weight.

Prevention with a Capital P

Dr. Robert D.J. Henihan of Wilmington Gastroenterology (5115 Oleander Drive 910-362-1011) advocates prevention by encouraging his patients to get screened for colon cancer. Colon cancer is the third most common cancer diagnosed in the United States: More than 100 000 new cases are detected each year. But if detected in time it has a 90 percent recovery rate. Because of recently improved technology there are more than one million colon cancer survivors living in the U.S. today.

How do you get screened? The simple answer is: Schedule a colonoscopy with your doctor. But like so many things the devil is in the details. “I’m not going to fib to you and tell you this is a piece of cake ” says Dr. Henihan “but it’s gotten better than it used to be.” Instead of drinking a salty one-gallon “prep ” patients can opt for a new “split dose prep” consisting of a tasteless odorless half-gallon prep the night before and a small solution the morning of the procedure. Afterwards patients are sedated and the doctor takes a long flexible tube with a small camera mounted on the end and inserts it into the — take a deep breath — anus. This scope allows the doctor to look for polyps the small growths associated with colon cancer. If any are found the doctor removes them to help prevent colon cancer.

Understandably most people don’t look forward to this procedure. But there is a new technology on the horizon that might be more appealing to patients. “We can now take CT scans of your colon ” says Dr. Henihan. “It’s called virtual colonoscopy.” With this procedure patients avoid sedation and it’s fast: the scan only takes 5 or 6 minutes. But patients still have to “prep” and as opposed to optical doctors can’t remove polyps during the procedure. Additionally virtual colonoscopy may not be able to find flat or small polyps. “Overall it may have some drawbacks ” says Dr. Henihan “but I think it’s something exciting and new.”