The Process of Pressing

Preserving the fleeting beauty of flowers 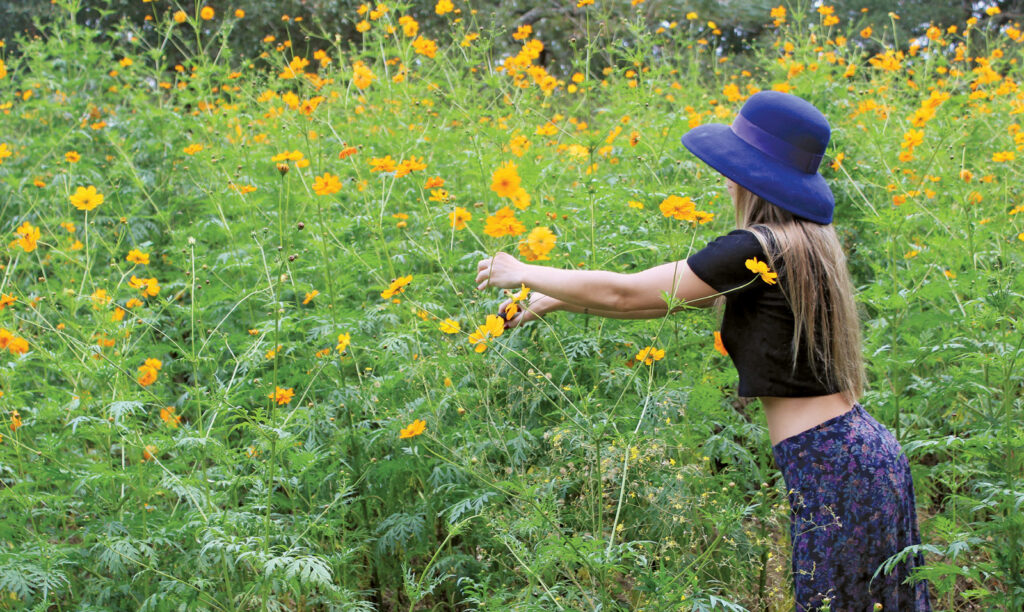 Carly Gee, owner and founder of The Dandelion Fox, spent much of her time in nature when growing up at Wrightsville Beach, preferably surrounded by flowers. Sometimes in her mother’s Harbor Island garden but mostly at the beach, for that is where the wildflowers grow.

“What’s my favorite flower? Oh, that’s such a hard question. I don’t know if I can even answer that, there’s so many,” Gee laughs. “I would say the flowers people call weeds, the wildflowers like dandelions, the flowers people don’t notice as often. They are usually my favorites — gaillardia, sneezeweed, blue-eyed grass.”

After graduating from Hoggard High School in 2015, Gee started researching flower pressing and fell in love.

“When I saw Emily Dickenson’s personally pressed flowers collection from the Victorian era it blew my mind, ‘Wow, I can preserve flowers?’” says Gee who holds a Bachelor of Arts degree and an elementary teaching license. “Something about being able to preserve the fleeting moments in my garden feels magical.”

Through trial and error, Gee discovered how to not only press flowers, but turn them into artwork. The process blossomed into a unique business.

Her colorful arrangements are each one of a kind. A framed display features pressed hydrangea florets and golden coreopsis petals that came from Gee’s aunt’s garden. Another piece features a pipevine swallowtail butterfly found naturally expired in Asheville.

“I usually kind of create a flowerscape is what I call it. I want to make it look like you are walking into this wild and beautiful garden,” Gee says.

Gee has been invited to pick flowers from the Harbor Way Gardens at Wrightsville Beach, some of which her own mother planted years ago as a member of the Harbor Island Garden Club.

“From the garden, I love yarrow, zinnia and black-eyed Susans,” Gee says.

The Dandelion Fox has blossomed itself, into the wedding industry. This spring and summer, Gee will become the true flower girl as she transforms wedding bouquets into a forever keepsake.

“I get wedding bouquets from all across the United States, people who’ve found me online and reached out to me,” Gee says. “It’s been incredible.”

A wedding bouquet takes eight to 10 weeks to complete, beginning with deconstructing the bouquet. Gee then presses each flower, a four- to six-week process in and of itself. Using photographs from the wedding for reference and inspiration, Gee arranges the bouquet into a frame.

Gee uses wooden floral presses she made herself but says anyone can do it at home with a book and some construction paper.

In addition to her wall art and wedding bouquets, there are also Dandelion Fox stationery cards and locket necklaces holding a little flower, a fiddlehead fern or snakeskin.