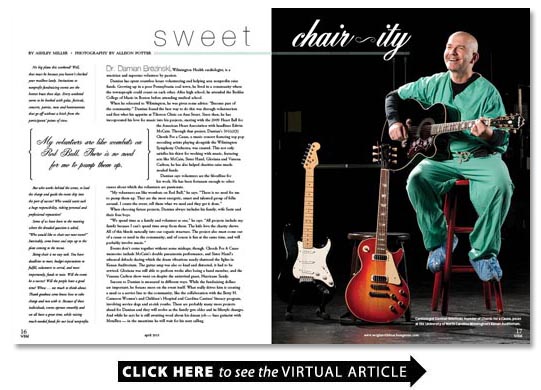 No big plans this weekend? Well that must be because you havent checked your mailbox lately. Invitations to nonprofit fundraising events are the hottest buzz these days. Every weekend seems to be booked with galas festivals concerts parties runs and hootenannies that go off without a hitch from the participants points of view.

But who works behind the scenes to lead the charge and guide the event ship into the port of success? Who would want such a huge responsibility risking personal and professional reputation?

Some of us have been to the meeting where the dreaded question is asked Who would like to chair our next event? Inevitably some brave soul steps up to the plate coming to the rescue.

Being chair is no easy task. You have deadlines to meet budget expectations to fulfill volunteers to corral and most importantly funds to raise. Will the event be a success? Will the people have a good time? Whew too much to think about. Thank goodness some know how to take charge and run with it. Because of these individuals events operate smoothly and we all have a great time while raising much-needed funds for our local nonprofits.

Damian has spent countless hours volunteering and helping area nonprofits raise funds. Growing up in a poor Pennsylvania coal town he lived in a community where the townspeople could count on each other. After high school he attended the Berklee College of Music in Boston before attending medical school.

When he relocated to Wilmington he was given some advice: Become part of the community. Damian found the best way to do this was through volunteerism and first whet his appetite at Tileston Clinic on Ann Street. Since then he has incorporated his love for music into his projects starting with the 2009 Heart Ball for the American Heart Association with headliner Edwin McCain. Through that project Damians 501(c)(3) Chords For a Cause a music concert featuring top pop recording artists playing alongside the Wilmington Symphony Orchestra was created. This not only satisfies his thirst for working with music featuring acts like McCain Sister Hazel Gloriana and Vanessa Carlton he has also helped charities raise much-needed funds.

My volunteers are like wombats on Red Bull he says. There is no need for me to pump them up. They are the most energetic smart and talented group of folks around. I create the event tell them what we need and they get it done.

We spend time as a family and volunteer as one he says. All projects include my family because I cant spend time away from them. The kids love the charity shows. All of this bleeds naturally into our organic structure. The project also must come out of a cause or need in the community and of course is fun at the same time and will probably involve music.

Events dont come together without some mishaps though. Chords For A Cause memories include McCains double pneumonia performance and Sister Hazels rehearsal debacle during which the drum vibrations nearly shattered the lights in Kenan Auditorium. The guitar amp was also so loud and distorted it had to be rewired. Gloriana was still able to perform weeks after losing a band member and the Vanessa Carlton show went on despite the uninvited guest Hurricane Sandy.

Success to Damian is measured in different ways. While the fundraising dollars are important he focuses more on the event itself. What really drives him is creating a need or a service line to the community like the collaboration with the Betty H. Cameron Womens and Childrens Hospital and Carolina Canines literacy program involving service dogs and at-risk youths. There are probably many more projects ahead for Damian and they will evolve as the family gets older and its lifestyle changes. And while he says he is still awaiting word about his dream job bass guitarist with Metallica in the meantime he will wait for his next calling.

Lisa Weeks former Wrightsville Beach Alderwoman and a medical representative for Merck pharmaceutical is no stranger to sharing her free time with others. Lisa has spent several years on the North Carolina Holiday Flotilla board of directors and has chaired several area runs. Last year she took charge of the inaugural Taste of Wrightsville Beach event and the FOR Masonboro fundraiser for the third consecutive year. Her current project is chairing the Lower Cape Fear Hospice Last Chance to Wear White Pants Gala planned for the Friday night of Labor Day weekend at the Hilton Wilmington Riverside.

Your passion will guide you when it comes to volunteering she says. Passion motivates you to volunteer serve sponsor and attend events. As chair you organize and motivate others to work for the common good of what you are trying to accomplish and most of all raise money for the cause.

Lisa is excited to help and lead the hospice event and has no problem recruiting volunteers.

Just about everyone has been touched by hospice; we have a diverse group of people helping with the event Lisa says. Of course I have a core group of friends and my family helping me. I rally around them and they rally around me.

The hospice event is particularly personal for her; hospice was called in before her husband passed away ten years ago. Has she ever met any disappointments while chairing an event?

I am pretty good when it comes to stressful situations but I can be hard on myself. When it comes to volunteers you count on people to do what they say they will do. When they dont it can be frustrating she says.

Good participation a good time and knowing their contribution went to something of value are the hallmarks of a successful event Lisa says. The rains from Hurricane Sandy threatened last years outdoor Taste of Wrightsville Beach until the Blockade Runner Beach Resort saved the day by inviting the event into its ballroom.

After any gala Lisa says she wants her work to be sustaining.

I want the work of the organization to carry on and be fulfilling she says.

Lisa loves the interaction of people and rallying around a cause so there are probably many more events in her future as long as she can fit in some tennis and walks with her dog Allie.

I love the White Pants party. I think it is fresh changeup to the usual party scene; dress consists of bright tops and white pants. — Ashley Miller

Donna Cameron is the president of the 2013 North Carolina Azalea Festival. Donna a senior VP of commercial banking with Park Sterling Bank who started volunteering with the festival more than ten years ago has been hooked ever since. She has spent the last six years on the Azalea Festival board starting out as secretary then working her way up to the top position. Donna oversees the success of the five-day extravaganza which consists of 28 events 75 committees and more than 1 000 volunteers.

The change in concert venue will allow the festival to bring national acts to Wilmington and keep the ticket prices affordable Donna says. The festival is a family event and we need to remember this when it comes to ticket pricing. By bringing the concert downtown we can tie in our three biggest draws to the festival: the parade street fair and now our outdoor concerts.

Is there a disaster plan in place for any mishaps? Donna says all of the committees are run by such expert and seasoned volunteers that there are rarely any casualties.

Our volunteers take pride in the festival which is rich in history and family tradition she says. But she has learned not to let disappointment get to her such as a last-minute celebrity cancelation.

You have to just move on and book someone else she says.

Donna expects a successful event the city can be proud of and to bring on a younger generation of patrons and volunteers to take part in festival activities.

After the festival Donna will become a past president and available if her resources are needed. She wants to focus on her day job and give it her full dedication. Because giving back to the community is so important to Donna she is already thinking about her next chair.

Who doesnt love the Azalea Festival? Good times had by all. And while we can imagine rain storms freezing temperatures and lack of flowers ruining the weekend there is an army of people behind the scenes making sure all festivities go off without a hitch.   –Ashley Miller