Ever wonder who started the whole “lets-have-seafood-for-dinner” idea? You have to reach back a bit to find out. How far back? Well 40 000 or so years ago when humans lived a hunter-gatherer lifestyle. An isotopic study of Tianyuan man the earliest “modern” human to inhabit eastern Asia concluded that early mans diet featured a daily supply of fresh fish. Discarded fish skeletons and ancient cave paintings demonstrate that seafood was a central part of Tianyuans diet. 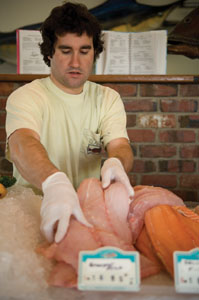 While ancient inland cultures followed the hunt of wild game coastal tribes (and then villages) developed and flourished using fish as their primary source of nourishment. The Nile Rivers importance in the rise of ancient Egypt lay in more than just its prominence as a major trade and transportation route. The Nile fed Egypt in much the same way that the Atlantic fed the colonies and the Pacific fed Hawaii and the Mississippi fed you get the idea. Fishing for oneself ones family and ones community has had a profound historical significance since Tianyuan first took a spear or a hook and a pole into the water.

The fishing industry now employs more than 200 million people worldwide including coastal cities in both richer and poorer nations. One-sixth of the worlds population receives more than a third of its animal protein from the sea every day. China Japan Peru Chile Russia and the United States comprise a group of nations that lead the world in global fishing commerce.

So theres a whole planet of people catching them but whos selling them? In Wilmington and Wrightsville Beach were blessed with some of the best fishing on the East Coast and no shortage of boats reeling them in year-round. Fortunately were also home to some of the finest seafood stores anywhere. Here are four local purveyors that offer a bounty even Tianyuan would envy. They dont call us The Port City for nothing. 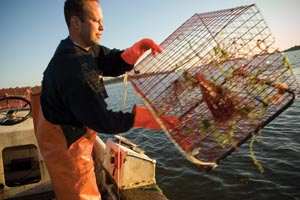 “Local is always better especially in North Carolina ” says Seaview Crab Company co-owner Sam Romano. The company was formed in 2004 by Sam and his brother Joe after they graduated college the brothers Romano took a chance that they could figure out how to make a living on the water. They started with a single skiff to fish 50 crab pots for local sellers. In 2005 longtime friend Nathan King signed on and started a small roadside retail seafood market. Last April Seaview Crab opened its new store on Carolina Beach Road but their focus continues to be on the freshest local seafood possible. They still catch their own crabs but also offer a wide variety of specialties from other local fishermen. “What we have coming in changes every day ” says Sam “but our main thing is blue crabs.” Seaviews mission is as clear as a gorgeous day on the coast: Bring fresh North Carolina seafood into more homes and restaurants locally and nationwide. 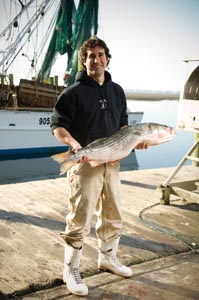 For more than 20 years Motts Channel Seafood has been the fresh seafood market for Wrightsville Beach locals and visitors. Owner and legend Gene Long got it right from the get-go: Offer your customers the freshest fish anywhere and give them the friendliest service in town. How fresh is fresh at Motts? “Were a primary handler ” says manager and supervisor Tom Franz. “What separates us is that were one of the few fish markets left that are right on the water.” In fact customers can see the fish come in off the boats and watch the staff prepare them. How friendly is friendly? In addition to consistently being one of the very best providers of local and non-local seafood Gene Tom and the Motts Channel team are excellent sources of information for ways to prepare the impressive varieties of seafood they sell. From Chilean sea bass to salmon steaks to fresh shrimp sorted by size Motts has it all and more. They sell an abundance of sauces and always offer to put your fish on ice in case you have a long way to go.

All you have to do is ask. 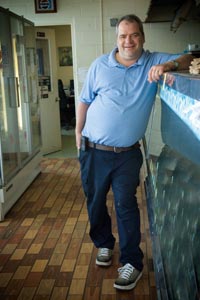 An iconic seafood purveyor for three generations Alford Seafood provides some of the areas freshest flounder tuna grouper red snapper spot and more under the watchful eye of Jack Alford Jr. who took the reins from his father W.F. Alford in 1996 after W.F. had taken the reins from his father Alford Seafood founder Frank Alford. In addition to satisfying their large loyal customer base (including many seafood lovers who have been getting their fresh fish from Alford for well as long as there have been Alfords selling fresh fish) Alford Seafood services many fine local restaurants and can also handle your personal fishing needs should you want to catch your own. Alford Seafood stocks bait and tackle lures and bobbers and Jack can even get you your fishing license. The vast majority of their catch is caught locally by a group of fishermen who have been supplying Alford for years which seems to be part of the Alford Seafood mantra: Fresh local fish strong family tradition. 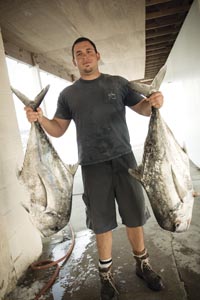