Along the Atlantic coast salt marshes form in the quiet waters behind our barrier islands and at the mouths of streams. They are a maze of pools channels and marsh plants that for all intents and purposes are Wrightsville Beachs own backyard.

However there is a lot more going on in our salt marshes than in any manicured patch of Bermuda grass (and hopefully a lot less chemicals). The salt marsh can be a serene place where kayakers quietly paddling through labyrinths of tidal creeks or fishing small networks of hidden pools can lose themselves in “the grass” for hours. But dont be lulled to sleep. The salt marsh is also dynamic teeming with life changing character with the tides and seasons fueling North Carolinas famous fisheries. So just whos living out there? Here are a few of the plants and critters that are part and parcel of our salt marsh ecosystem. 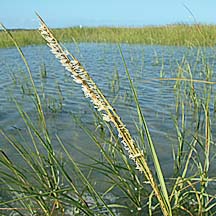 Known as marsh grass smooth cordgrass forms the vast expanse of green that most people picture when they think of a marsh. Not many plants can tolerate the salt marsh like smooth cordgrass which thrives despite being submerged for long periods in salt water and putting its roots down in poorly oxygenated mud. This single-grass species fuels a large part of the marsh ecosystem. Strangely the living cordgrass plants are not the source of salt marsh productivity. Their dead stems and leaves serve as sustenance for bacteria snails fiddler crabs aquatic worms and the many other organisms that are members of the complex salt marsh food chain. 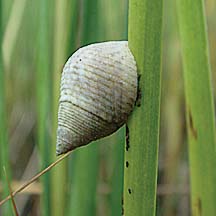 There are thousands of freshwater and marine snail species. Some of them may be identified from the colorful and architecturally astounding shells that we find on the beach but the majority of snails would be indistinguishable to the untrained eye a snail is a snail is a snail. But the marsh periwinkle often called Littorina (part of its scientific name) is one species that you can identify yourself. Along most of the Atlantic coast this species is the most commonly seen snail in the salt marsh. When the tide is in periwinkles are usually attached to smooth cordgrass above the water. When the tide is out they can be seen cruising along the surface of mud scraping up organic matter with a tooth-like tongue called a radula. 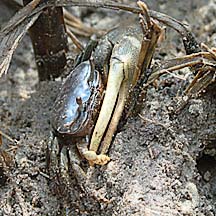 As you walk along the edge of any marsh armies of these spider-like little crabs head for their holes. Fiddler crabs seldom get larger than 1 5/8 inches wide and the males are famous for having one claw that is enormous in relation to their body size. These tiny crabs subsist on dead plants bacteria algae and other organic material. Male fiddler crabs use their enormous claws in territorial fights and for gathering food. Wrightsville Beach is home to three species of fiddler crabs which are named for the habitats in which they reside. There are sand fiddler crabs brackish water fiddler crabs and mud fiddlers. Besides habitat these crabs are distinguished by characteristics of their enlarged claw. 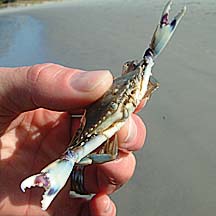 Blue crabs are North Carolinas number one commercial fisheries resource. Adult males are shades of blue and white with orange-tipped claws and orange joints. Females are often lighter in color. Adult blue crabs primarily spawn in the ocean but young crabs travel with incoming tides into our marshes creeks and rivers to develop. The salt marsh provides an important nursery area for young crabs and a foraging habitat for adults. However blue crabs are just one of many crab species that forage for invertebrates small fish and plant matter in the rich habitat provided by salt marshes. 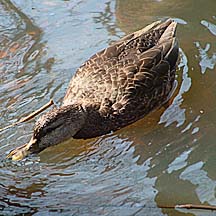 American black ducks are the dark-colored cousins of our common green-headed mallard. They are the duck of Atlantic salt marshes and eastern woodland water bodies; however they are losing some ground to mallards which adapt much more readily to humans although this area due to feeding by residents has its fair share of “friendly ducks”. Whether here during migration or as year-round guests waterfowl like black ducks feed on aquatic invertebrates and vegetation that proliferate in the rich waters of the marsh. They also benefit from the grasses and rushes that function as hiding places and nesting material for black ducks and many species of wading birds rails songbirds and other waterfowl. 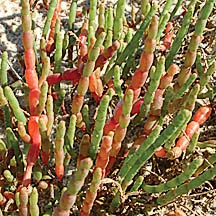 These tasty plants also go by the names Salicornia saltwort and pickle plant. There are several species of glasswort growing along the coast and most of them are readily recognizable as a species of Salicornia. They are succulent plants without leaves that resemble a carpet of little green fingers. They often grow in small depressions in the salt marsh called salt pannes where smooth cordgrass is sparse or non-existent. After a cold snap these plants take on shades of red and orange which can be quite attractive. The tender tops of this “pickle plant” are delicious eaten raw or in salads. They have a wonderfully fresh taste with a hint of saltiness that becomes stronger as the stems age. 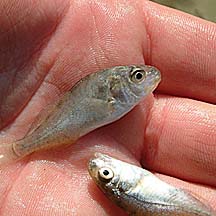 Many species of ocean fish rely on the salt marsh for survival including the spot. Some of the fish eaten at the annual Spot Festival in Hampstead may have grown to maturity right here in our “backyard.” A large number of species spawn in the open ocean near the continental shelf. The eggs hatch and the larvae travel into the marshes and tidal streams to mature. The thick layer of organic matter in the marsh provides food for invertebrates and other organisms which nourish the immature fish through early growth. The hiding places provided by emergent vegetation like smooth cordgrass also help young fish to avoid predators until they can grow into larger more mobile fish. 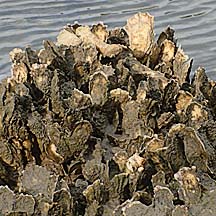 These filter-feeding bivalves can only live in the intermediate salinity of brackish marshes. They do not survive for long if salinity is too low or too high and are typically found in shallow waters. There are male and female oysters; however these marsh mollusks are capable of changing to the opposite sex once each year. The conglomeration of shells made up of living and dead oysters provides an important habitat for many species of gastropods (such as snails and whelks) crabs barnacles worms and a huge number of microscopic organisms. Oysters also provide an important food source for many marine invertebrates fish birds (such as the American oystercatcher) and mammals. 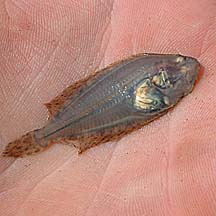 Flounder are wonderfully adapted to spend their lives lying flat on the bottom of coastal waters waiting for unsuspecting prey to pass within reach. Southern flounder also known as flatfish start out life resembling a “normal” fish. They have an eye on each side of their head and swim in “normal” fish fashion. As they grow out of this larval stage their right eye migrates to the left side of their head and they begin to swim in a manner that resembles a magic carpet. Their left side (the up side) becomes perfectly camouflaged for sitting on the bottom of marshes and channels and their right side (the down side) becomes almost transparent. 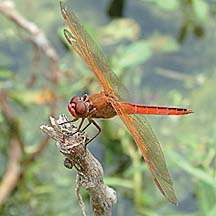 Even if you are not accustomed to looking for dragonflies this species is hard to miss. The male is bright orange-red with iridescent wings. He is often seen perched on a stem in the sun slightly above the surrounding vegetation. The female is not quite as eye-catching being tan-yellow with a black stripe but both of them can be found zooming through coastal wetlands from Texas to Maine. There is a similar inland species but Needhams skimmer is primarily restricted to coastal marshes. This species is named for James G. Needham an American entomologist whose career spanned the late 1800s and early 1900s.

to protect our saltwater marsh ecosystems. The U.S. Army Corps of Engineers enforces the Clean Water Act for instance and state protection is provided by the North Carolina Division of Water Quality Division of Coastal Management Wildlife Resource Commission and Division of Marine Fisheries. Further protections are also provided at the county level but as you might have guessed protecting our salt marshes begins by being careful in our own backyard.