Root, Root, Root for the home team — from home

Watching our favorite teams during the pandemic 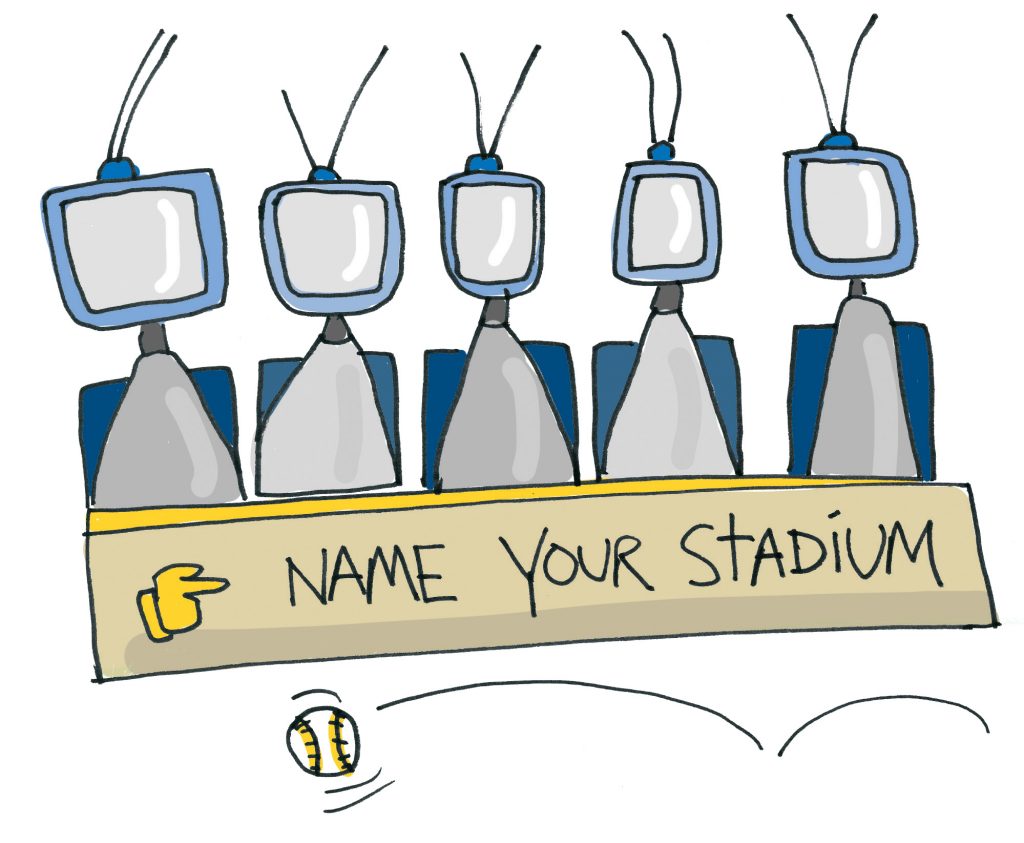 Illustration by Will Jones

When I was a young man many, many years ago, my parents gave me a button that said “Don’t bother me, I’m watching baseball, basketball, football, boxing, hockey …”

It was true. Back in the day I was a huge sports fan. When I was a teenager, I could name the starting lineup for just about every pro team in every sport. I knew the Final Four teams from any given year, the Heisman Trophy winners, the national champions.

I parlayed my love of sports and ability to string a few sentences together into a job as a sportswriter in Texas. Over the next 17 years I covered just about everything — the World Series, NFL playoffs, high school and college football, the Stanley Cup, NCAA Tournament basketball games, U.S. Open tennis, NASCAR, even figure skating and gymnastics.

My fanaticism has waned over the years. These days I’m only passionate about a handful of sports, primarily baseball and English football (what most people call soccer, but it is the original form of football — a game with a ball primarily played with the feet).

So for me, March 2020 was the best of times. The English Premier League was headed for the homestretch. Baseball players were in Spring Training, with the regular season about three weeks away.

Then came the worst of times.

COVID-19, first announced on Jan. 9, began to spike in the United States and across the globe. A few cases turned into hundreds, into thousands. On March 11, the World Health Organization declared the outbreak a pandemic.

The NBA suspended its season that same day after a Utah Jazz player tested positive for the coronavirus. The next day, MLB suspended Spring Training, the NHL announced a hiatus for its ongoing season, and the NCAA canceled all spring and winter championships. On March 13, the Premier League shut down, joining other pro soccer leagues on the continent.

They were dark days for sports fans. It was March, but there would be no March Madness. Instead of baseball’s Opening Day and the stretch runs of the NBA and NHL, there was uncertainty.

We’re used to having sports terms applied to life: touching base, knocked it out of the park, dropped the ball. Now we had a new one: safe at home. It sounded like a baseball term, but what it meant was no baseball because the state was locked down. No UNCW games in the spring, no Wilmington Sharks games in the summer.

Fast-forward a few months, and there was some good news for sports fans. Our favorite games were back — after a fashion. We were still safe at home, but at least there was something to watch on the big-screen TV in the living room.

MLB, the NBA and the NHL resumed their seasons. We got to see the end of the regular season, playoffs and championships. We also got to see cardboard cutouts in stands — cute at first, but quickly creepy — and hear artificial crowd noise. Someone, either in the stadium or in a control booth, turned up the cheers or boos depending on what was happening on the field.

We saw strange sights. A batter would get on base. Either he or the first baseman might or might not wear a mask. Over in Europe, soccer substitutes were required to wear masks while socially distancing in the stands as the starters on the field were breathing heavily on each other.

The pandemic era brought us a truly bizarre ending to the World Series. Los Angeles Dodgers third baseman Justin Turner was pulled from the Series-clinching game when a positive COVID-19 test result came through before the eighth inning — and then returned to the field without a mask to celebrate with his teammates.

We’re still seeing strange sights. Officials on the football field and support personnel on the sidelines wear masks while the players – who are snorting on each other from a few feet away — don’t.

The pandemic is affecting sports in other ways. We used to watch the injury lists to see who was going to play. Now we watch the COVID-19 testing results to see if there’s even going to be a game.

While there is no shortage of sports to watch on TV these days, few of us get to see them in person. The NFL followed the guidelines of each state or municipality. At most, that meant 25 percent of capacity. If you were thinking of heading to Charlotte for a Panthers game, good luck. Phase 3 of North Carolina’s lockdown orders meant 7 percent capacity at outdoor venues — or 5,240 fans at the 75,523-seat Bank of America Stadium.

If we wanted to watch our favorite college football team, the same 7 percent rule applied. And that’s for schools that allowed fans. Some restricted attendance to family members.

At least there was college football. Lots of folks in New Hanover County like to spend Friday nights in the fall watching their favorite high school team. But in the Tar Heel State, there won’t be any prep football until February.

Many sports fans in North Carolina circle dates in late November on their calendars. This is basketball country, and hoops season tips off around Thanksgiving. So it did in 2020, but again the coronavirus dictated major changes.

Duke’s basketball opener against Gardner-Webb, scheduled for Nov. 25, was postponed because of COVID-19.

NC State’s “Old Barn” was the empty barn at the beginning of the season. The school limited attendance at 5,500-seat Reynolds Coliseum for men’s and women’s games to 25. All were players’ guests.

The pandemic has affected our viewing habits as sports fans, no doubt. In the spring we learned we could survive without our favorite pastimes. When the games resumed, not all of us returned to our TVs.

Ratings for the NBA championships and the World Series hit rock bottom. NBA viewership was off 51 percent from the season before. Baseball’s championship featured the major-market L.A. Dodgers, but ratings were 32 percent lower than the previous worst mark.

Even the NFL, long the king of TV sports, has lost viewers, although just a relatively small 6 percent decline.

Maybe we developed new habits, even if it was just binge-watching shows on Netflix. Perhaps we couldn’t get used to the strangeness of games with artificial crowd noise instead of fans in the stands. Or it could be a backlash to the very idea of non-social distanced athletes competing while the rest of us were under mask mandates and some sort of lockdown.

Will the trend extend to in-person attendance? Because we can’t go to games right now, will we develop new habits and realize we can live without shelling out money to go root for the home team?

Time will tell, of course. But for now, it’s safe to say we’d like to put that theory to the test. All of us, sports fans or not, long for the day when the pandemic is over and we get to make that choice.