Leave nothing behind except your footprints 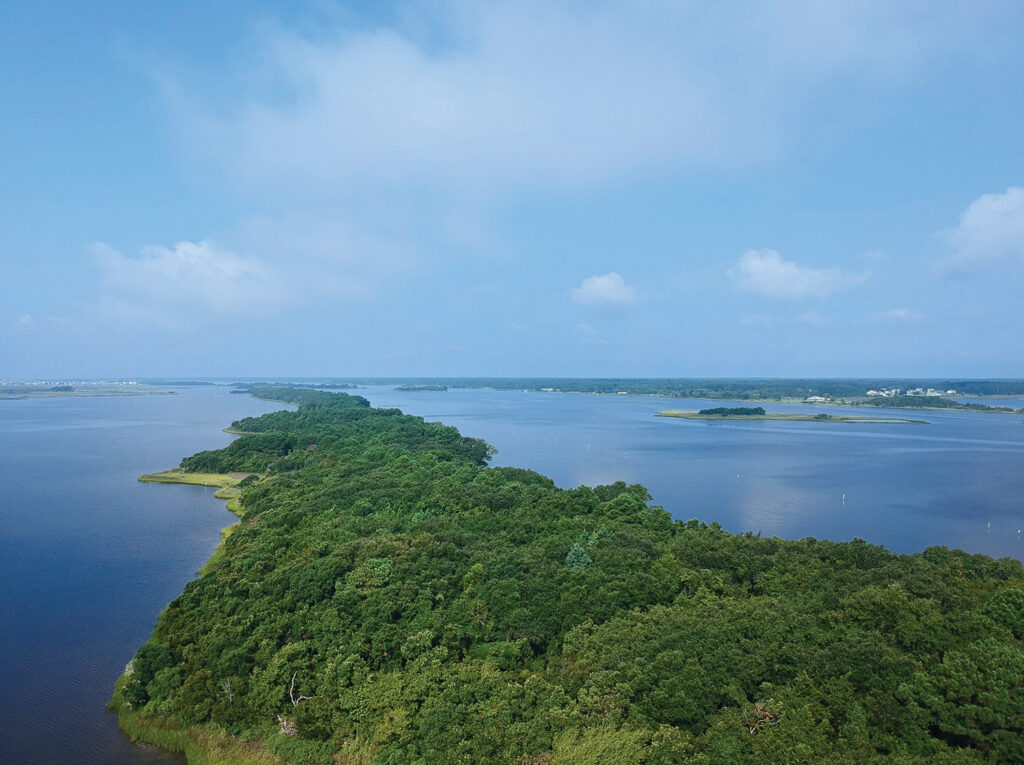 North Carolina has 44,000 acres of coastal and estuarian reserves preserved in 10 sites ranging from south of Bald Head Island to the Outer Banks, habitat for flora and fauna of ecological and historical importance to the state.

The sites are managed by the N.C. Coastal Reserve and National Estuarine Research Reserve, a program of the N.C. Division of Coastal Management. The Reserve is tasked with stewardship and preservation of the sites, with research, and to provide education opportunities.

The goal is to maintain the natural character of a reserve — to keep it wild. Human guests are encouraged to enjoy the natural world without causing harm to plants, animals and the environment. The best thing visitors can do while visiting is to be sure to leave no trace of themselves behind, including apple cores, trash or pieces of food.

Visiting a nature preserve takes a bit of thought and planning. The N.C. Department of Environmental Quality has excellent trail guides with lists of dos and don’ts for the 10 reserves. The online brochures are full of rules, regulations and suggestions.

Some allow hunting, some are only accessible by boat. Some allow camping, some have dangerous animals and are best observed from afar. One of the biggest nature reserves is right in our own backyard, Masonboro Island, but unless you have access to a watercraft, you likely have never set foot on it.

Following is a brief look at the 10 coastal and estuarian reserves in North Carolina from north to south, which might inspire a new coastal adventure.

Currituck Banks is the northernmost site and is part of a barrier spit just north of Corolla in the Outer Banks. Its 965 acres are composed of grasslands, sand dunes, beach, forest and marshes. Due to natural shoaling, many inlets to Currituck Sound have closed. The resulting low-salinity marshes are characterized as oligohaline, allowing freshwater species of plants and animals not common in other coastal marshes. The mixing of water temperatures — the warm Gulf Stream and the cool Labrador Current — allows many species to be found near the limits of their range. Feral hogs, wild horses and bobcats are among the animals that live in the reserve. There is a .3-mile handicap accessible boardwalk from the CBR to the sound. Hunting is allowed.

The varied topography of Kitty Hawk Woods provides protection for a variety of plants, birds and other animals. The ridges and swales point to ancient shorelines leaving behind some 30-foot-tall sand dunes. The 1,890-acre site is bordered by Albemarle Sound and Kitty Hawk Bay. The KHWR is home to several globally rare plant communities, including maritime deciduous forest, maritime swamp forest and interdune ponds.

Horseback riding and biking trails are provided. Hunting is allowed.

Part of the East Dismal Swamp, the 29,334-acre Buckridge Reserve is the largest Coastal Reserve property and the only inland site. It is located in Tyrrell County, between the Pamlico and Albermarle sounds.

Bald eagles and peregrine falcons are among the 360 species of birds that take rest at the 1,007-acre Buxton Woods Reserve. Located on Hatteras Island in the southern Outer Banks, it falls within the largest contiguous tract of maritime evergreen forest on the Atlantic coast. It also contains the only maritime shrub swamp (dogwood subtype) community in the world.

Located near Beaufort where the North and Newport Rivers meet, the Rachel Carson Reserve plays host to over 200 species of birds that swoop down the Atlantic Migratory Flyway.

The reserve is a complex of islands totaling about 2,315 acres. Carrot, Town Marsh, Bird Shoal, Horse and Middle Marsh islands are three miles long and less than a mile wide and provide habitat for gray fox, river otter, marsh rabbit, raccoon and a herd of feral horses. The horses were brought to the island in the 1940s and are popular as a symbol of freedom. They live off saltmarsh cordgrass and dig for fresh water.

Access is by boat or ferry and free public tours are conducted Tuesday and Thursday mornings during the summer.

Permuda Island, north of Masonboro Island in the Stump Sound estuary, is one of the smallest reserves at 1.5 miles long and 63 acres. Fisherwoman Lena Ritter, the North Carolina Coastal Federation, and Topsail Island citizens fought hard to keep the island out of the hands of developers in the early 1980s.

Researchers believe Permuda may have been occupied as early as 300 B.C. There is evidence of cleared farmland in the center of the island. PIR can be reached only by shallow-draft boat. Due to an abundance of snakes and insects, visitors are encouraged to enjoy Permuda from the water. The area is a breeding ground for fish, shrimp, crabs, clams and oysters.

At 8.4 miles long and 5,653 acres of land and marsh, Masonboro Island Reserve is the longest undeveloped preserve land in the state. Marsh and tidal flats comprise 87 percent of the area, the rest is beach uplands and dredge material islands. It is a barrier island and contains numerous habitats from soft bottoms to shrub thicket and sand dunes. It is an important nursery area for mullet, menhaden, spot, summer flounder and bluefish. MIR is located between Wrightsville Beach and Carolina Beach and can only be reached by watercraft. Primitive camping is allowed for a maximum of two nights.

Zeke’s is only 22 miles south of Wilmington and accessible at the Fort Fisher Recreation Area, or by boat. Atlantic loggerhead and green sea turtles have been found nesting on the beach; both are federally protected threatened species. The intertidal flats are an important shorebird habitat. Species spotted there include black-bellied plovers, dunlin, short-billed dowitchers, white ibis, great blue herons, black ducks, pintails and mallards.

Located chiefly on Bald Head Island, a boat or the ferry is the best access (or a 17-mile bike ride or walk from Kure Beach at low tide). No cars are allowed on Bald Head. The 191-acre reserve includes Bald Head, Middle and Bluff Islands, which are three forested dune ridges separated by salt marshes.

An old tree canopy of pine, laurel and live oak contributes to the rich plant life in the maritime forest. Thick undergrowth consists of catbrier, yaupon, wild olive and American holly. Shade-tolerant plants like ebony spleenwort and cabbage palmetto are plentiful. Dune bluecurls, a mint rare in North Carolina, can be found along reserve trails.

The famous “Kindred Spirit” mailbox featured in a Nicholas Sparks book is situated near sand dunes in Bird Island Reserve. BIR adjoins to Sunset Beach in Brunswick County near the South Carolina border. It can be accessed by foot. BIR consists of 1,480 acres of land and estuary. It is noted for the nesting of loggerhead sea turtles and a dune plant called seabeach amaranth; both are listed as threatened species. Camping is not permitted. The red fox population has been notably increasing.