Historical gathering place to be honored 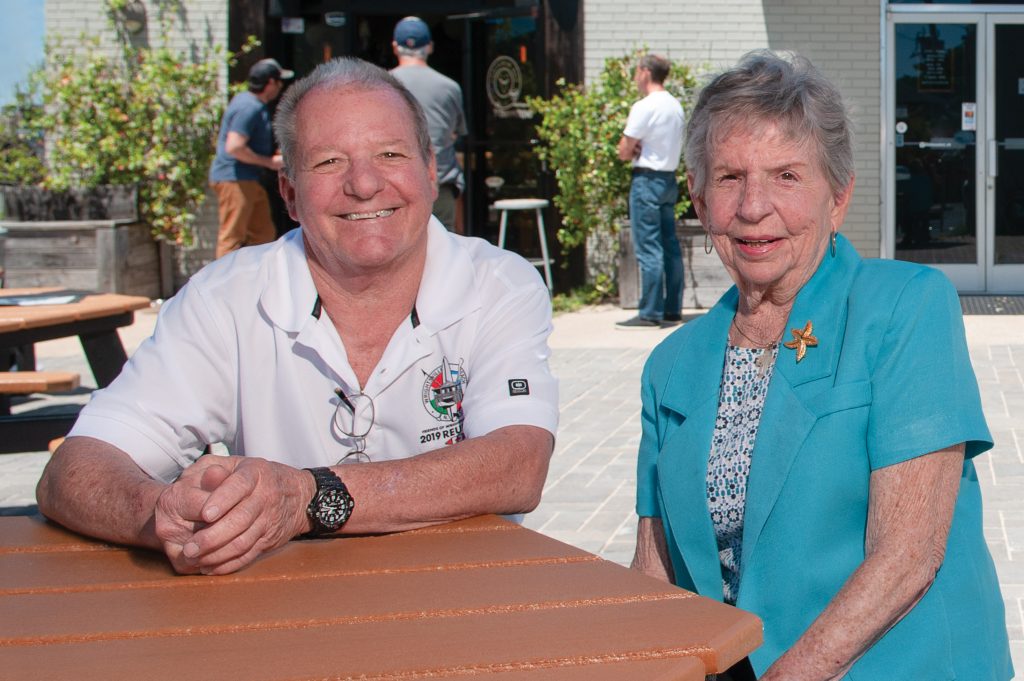 The original Newell’s department store, where Wings stands today, left an indelible mark on Wrightsville Beach for generations. A hub for everything from swimwear to hardware, Lester Newell’s store helped usher in a year-round business model for the town when it was built. But, perhaps more importantly, Newell made an impact on the local community by offering a simple, free cup of coffee that drew residents and vacationers together in the adjacent food court.

Newell eventually sold to John Drewry, who kept the beloved store running before selling to the Seal family in 1976. Today Drewry’s son, John C. Drewry, wants to see the Newell’s namesake carried on as a reminder of simpler times and to ensure that the important historical significance of the food court is not forgotten.

Drewry says that Mr. Newell, being the enterprising entrepreneur, would offer free coffee at the store with the hopes that folks would stay for a purchase. It was the coffee that kept the fishermen — tied off at the municipal dock across the street — and other notable community figures coming back, creating a veritable social heart of Wrightsville Beach.

“Mr. Newell was a key figure in the community — his business was a building block for Wrightsville Beach businesses and his store and the food court area was a gathering place for everyone on the beach,” Drewry says.

Drewry, whose family owns the communal space now shared by Trolly Stop, Kohl’s Frozen Custard and The Workshop, is leading the charge to have the iconic Newell name permanently dedicated to the community hub of years past. He is planning to host a celebratory dedication later this summer, complete with an emblazoned plaque, and hopes that some of the Newell kin can make an appearance. A date has yet to be established with the uncertainty surrounding the COVID-19 pandemic.

As a defining landmark of culture and community where folks could catch up on local politics, where the flounder were hiding, or even just share some juicy gossip, the aptly and soon-to-be-named Newell’s food court still stands as a culturally significant center point. Whether it’s an older couple riding up on bikes to grab a coffee or ice cream, teenagers skateboarding by, young women shopping in Hallelu, a family sharing hot dogs, or boaters tying off and heading in to grab provisions, every walk of life can usually be seen passing through the court.

Though taken for granted only a couple of months ago, the simple act of socially connecting in the heart of the beach in a Mayberry-esque setting might just be exactly what most are desperately yearning for right now.

Year-round, the location continues to prove its worth for surrounding businesses. The pleasant, sunbaked, small-town feel of the site will always draw in patrons, offering a sense of community.

“Mr. Newell would have a cow if he knew somebody could get $3 for a cup of coffee there now when he just gave it away for all those years,” Drewry jokes.