The long search for a World War II veteran 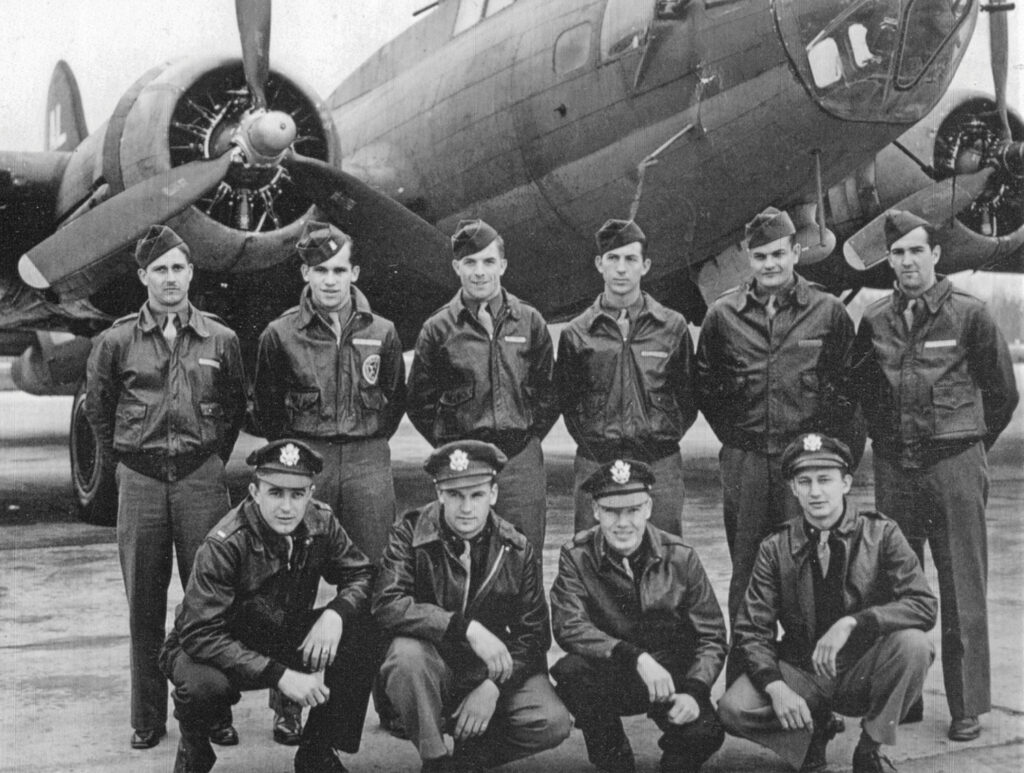 In the early 1950s, America was returning from a wartime foundation to a peacetime economy and the prosperity that marked the years preceding the Second World War. Factories that had been geared to produce aircraft and ammunition retooled to manufacture automobiles and appliances. And a jump in post-war births resulted in what would be called “the baby boom.”

Mornings in those days would often find Harry Bethea on North Lumina unlocking the door of his laundry business tucked into the storefronts alongside the Crest Theater, a Wrightsville Beach landmark.

Harry served in World War II as a B-17 pilot, flying with the infamous “Bloody 100th” Bomb Group stationed in southeastern England and then for a year after the war ended at Clark Field in the Philippines. When he returned home, he did as so many other veterans did — he took off his uniform and went back to work. And, like them, he didn’t talk about the war but kept his memories to himself.

Convenience stores like Harry’s coin-operated “automatic” laundry were growing in popularity and popping up all over the country. When his in-town facility outgrew its space, Harry moved from 16th Street to Oleander Drive next to the Lingo Amoco Service Station (near where the Longley Supply Company sits today). Harry, his wife, Marie, and their three children were outgrowing their home as well. So, while waiting for a new home to be built on Country Club Road, they moved to Wrightsville Beach. There, Harry could spend quiet time with his son fishing for puppy drum and speckled trout in Moore Inlet. The future was looking very bright.

However, life soon took a turn for the worse. Harry developed a virulent form of cancer and died in January 1964. Doctors at the Veterans Administration hospital in Durham listed pancreatic cancer as the official cause of death, but told the family they believed the stress of war precipitated his illness.

“He never spoke about the war,” says his son, also named Harry. “But I’ll always believe the doctors were right. In fact, the only time he came close to discussing the war was when I was in Naval ROTC at the University of North Carolina. I was about to be commissioned as a naval officer and was applying to flight training in Pensacola. I remember telling him I hoped to become a Navy pilot. He did what he could to discourage me — advising against it, but saying little more than it was ‘dangerous.’”

Decades later, Harry Bethea Jr, began searching for answers to the questions he never asked and the stories his father never told.

Marie Bethea had remarried, and she and her new husband had cleared the attic in the family home of Harry’s papers, photos and war memorabilia. The only avenue left was to contact the VA for copies of Harry’s military records. As countless sons and daughters of veterans discovered, in 1973 a massive fire at the National Personnel Records Center in St. Louis destroyed most of the records for veterans discharged between 1912 and 1960, including Lt. Bethea’s.

About all that survived was the former lieutenant’s dates of service, a list of his 21 combat missions, and the medals he received. They included a Bronze Star, an Air Medal, and a Distinguished Flying Cross. The latter may have been awarded for Lt. Bethea’s mission on July 31, 1944, his last. An after-action report and a newspaper article in The Stars and Stripes noted his B-17 encountered heavy anti-aircraft fire, which tore into the nose and underbelly and wounded Lt. Thomas McKenzie, the bombardier. McKenzie fought off unconsciousness. According to one newspaper, “he clung to his bombsight for seven agonizing minutes before he collapsed, but by then the bombs were away.”

With quick thinking, Lt. Bethea made an emergency descent to a lower altitude where the crew could tend to McKenzie without needing supplemental oxygen. Then he turned the badly damaged aircraft toward home, arriving in time for McKenzie to be treated for his wounds.

Days later Lt. Bethea either removed himself or was removed from flying status and returned to the States. The records offer no explanation for his early and abrupt departure, but Harry Junior suspected his father suffered battle fatigue, or what we know today as post-traumatic stress disorder.

The situation was not an uncommon one, considering the men flew day after day deep into enemy territory against Me-109 and Focke-Wulf 190 fighters and in the crosshairs of German anti-aircraft artillery, or flak, that could turn the skies black.

Harry also searched the internet for surviving members of his father’s crew. He located Sgt. Garnet Symington, the crew’s ball turret gunner, and Sgt. Edward Skapin, one of the waist gunners. Neither was willing to discuss the circumstances of the July 1944 flight but instead spoke of their former pilot as a skilled aviator and leader.

At first, Harry was disappointed not to learn more, but as time passed, he realized his father’s crew, his “band of brothers,” had done more to honor his service and memory by their silence. Each year on Memorial Day, Harry remembers his father’s service and sacrifice. The holiday is set aside to remember and honor American military personnel who gave their lives while serving in the military. In Lt. Harry Bethea’s case, his life, too, was given in service to his country. His death simply took time to occur.