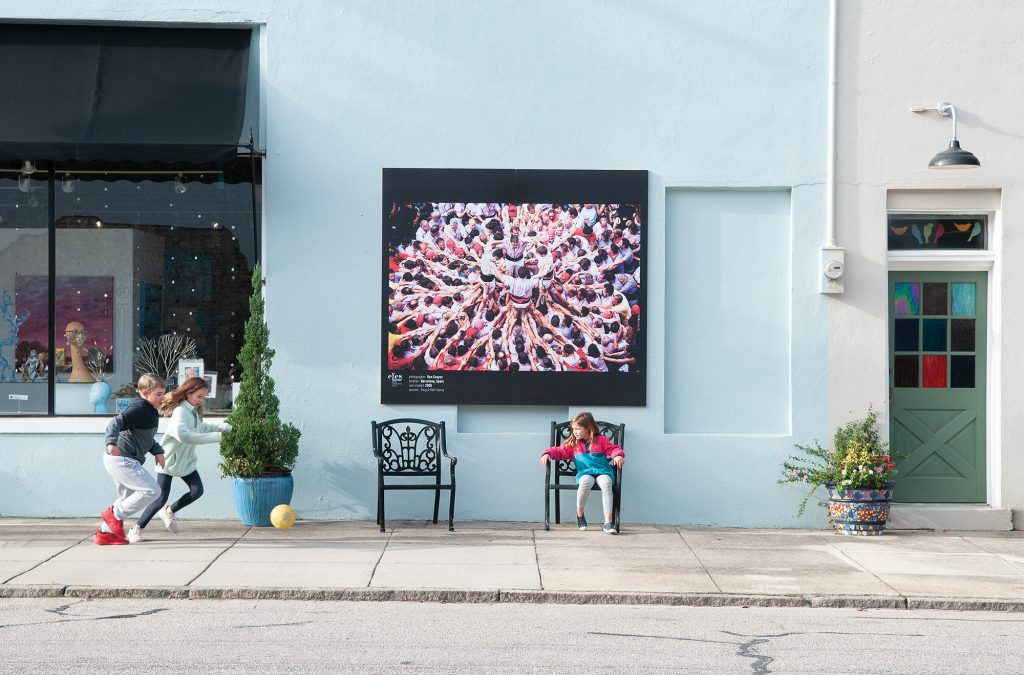 With the installation of 100 large-scale photographs on office buildings and storefronts for the sixth edition of the Eyes on Main Street photo festival, historic downtown has transitioned into an outdoor art gallery. The nearly 200-day event runs from Oct. 31, 2020 to May 16, 2021. It runs for about a mile and encompasses nine city blocks, including Barnes Street, Tarboro Street, Goldsboro Street, Lodge Street and Nash Street. The festival showcases the work of leading photographers and emerging artists from 48 countries worldwide. An equal number of men and women are featured.

Eyes on Main Street, first launched six years ago, draws inspiration from the idea that art can bridge the gap between cultures, show the interplay between manmade creations and natural phenomena, and enhance the lives of a city’s residents. The theme of the festival is Main Street: A Crossroad of Cultures.

The residency program hosts photographers from around the world. They spend a month in Wilson, capturing images of the city from a wide array of viewpoints, and exhibit the resulting work each year during the festival.

The youth photography program introduces a new generation of photographers to the joy of creating and displaying images. The youth exhibit showcases the work of students from Wilson and China, the result of a collaborative effort with the Pingyao International Photography Festival in September 2019.

“You can actually see the world in Wilson without boarding a plane, since we have photos from 48 countries,” says Jérôme De Perlinghi, event founder and artistic director. “Everyone will find something interesting to enjoy with this. One of the largest photos is around 145 inches wide, so you can really get the feeling of stepping inside the work.”