The Zara Spook is a fishing lure used successfully in fresh and saltwater. Let me tell you about a Spook of mine. 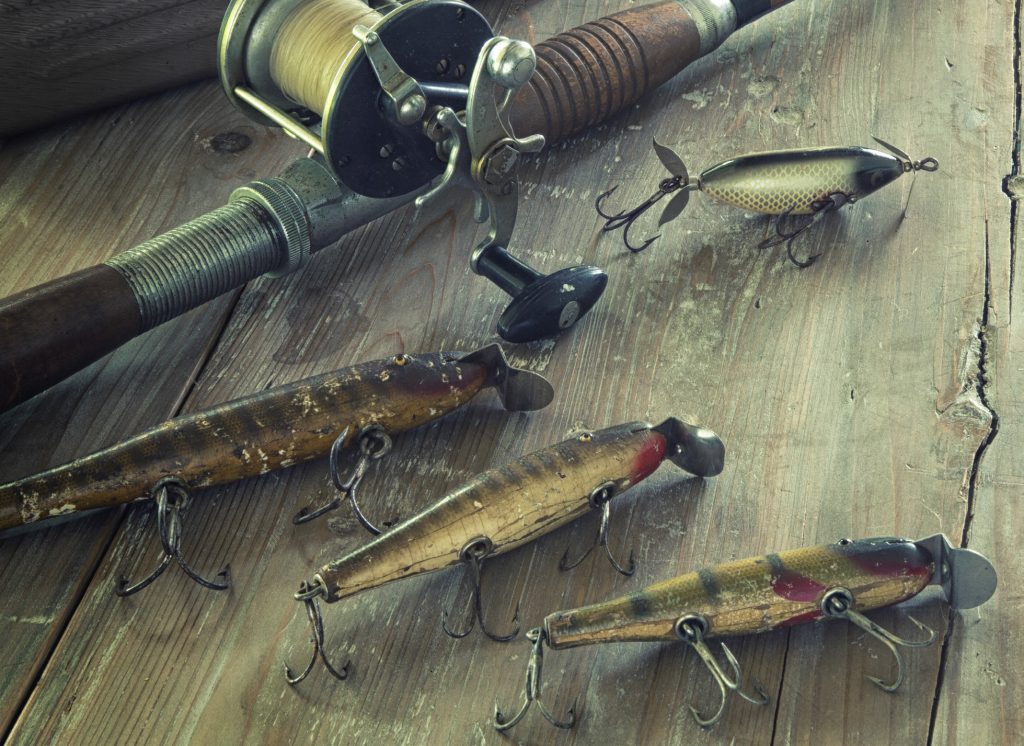 It was past midnight and I had come to the kitchen for a cup of hot clamato juice, which I find will kickstart my Ambien. Spread out on the table was the contents of my tacklebox, which I had earlier been trying to organize. The Zara Spook is shaped like a cigar and has three treble hooks attached, giving it a total of nine hooks. Handle with care!

I was checking a rusty hook when I noticed a reflection in my kitchen window. A huge man was approaching me from behind, moving very slowly. Not a friendly visit this time of night. When he was a few feet behind me, I threw my Zara Spook over my head at the man. It hit him in the chest and hooked into his sweatshirt. He reacted quickly and grabbed the Spook. Bad move! He screamed because he was now impaled with hooks in his hand and his sweatshirt.

The Devil Horse is another lure and similar to the Spook. It also has three treble hooks. I threw one at the man and he grabbed that one with his other hand. He had learned nothing from the painful encounter with the Spook. Slow learner! This left the intruder with both hands hooked to his sweatshirt, screaming unkind words at me.

At age 92 I use a heavy five-foot bamboo pole to help ease my lack of mobility. I swung this pole like I was trying for a long cast and with perfect accuracy hit the man on his head. He dropped to the carpet on his back, where he told me what he was going to do to me when he got up. Still screaming in pain and anger and with both hands hooked firmly into his sweatshirt, he rolled over to regain his footing. The Spook and Devil Horse catch fish, and this night they had caught a man. Now they caught my carpet and pinned him there. He lay there flopping like a fish out of water. This was not a catch-and-release situation.

The police came quickly in response to my 911 call and identified my catch as a violent escaped convict. The state is keeping my lures as evidence, but that is OK as they had rusty hooks and I’ve replaced them. The thug will need a tetanus shot.

There are a couple of things you will be interested to know about my two plugs that have nothing to do with their part in resolving this true crime drama. First, the Devil Horse has a tiny propeller at each end, and the favorite way of fishing with the Zara Spook is called “walking the dog.”

Some people go to bed at night with a gun nearby. I don’t need one.