This year, try creating some midmorning merriment by making the first meal special 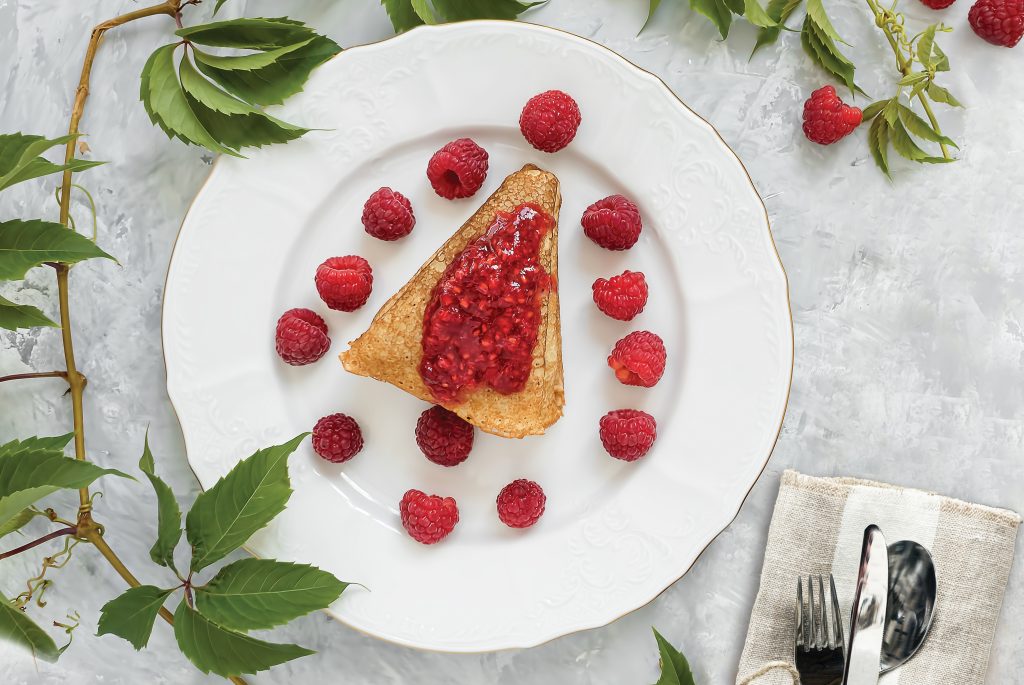 Evenings full of turkey or ham, mashed potatoes, asparagus, stuffing and cranberry sauce will always be considered the classically Christmas meal. However, holiday mornings can offer an even more quintessentially nostalgic meal. Biscuits, cinnamon rolls and pastries, sausage, hash brown or grits, casseroles, eggs Benedict or bagels and lox — whatever the spread includes, a well-appointed holiday brunch can create the merriest of days.

Brunch, the en vogue, millennial favorite and pastime of fashionable, well-to-do urbanites, is not always easy to plan or pull off. Unless you get up early enough on a weekend morning to get in line at one of the few brunch spots around the beach, the opportunity to slow down and enjoy a midmorning meal together as a family can be hard to come by.

The idea of brunch evokes a scene of relaxed conversations over hot coffee, savoring delicious food, and the leisurely pace that comes with it — and, of course, the company. And isn’t that the point of having a holiday gathering with loved ones?

Instead of focusing on a big dinner this year, take a page out of the brunch playbook and host a morning holiday meal. With many folks having to split time visiting multiple family members and friends to celebrate, focusing on the first meal affords holiday house hoppers the opportunity to get started earlier.

Hosts shouldn’t hold back on decorating the table either. Pulling out the nice crystal and sterling, lighting some candles, and calling on their inner Martha Stewart or Pinterest to dress the table with some holiday flair goes a long way. By setting the table and creating the right lighting, a precedence is laid out for a warm and celebratory mood.

Making sure ample beverage options are supplied with nice stemware and garnishes also creates an illustrious feel for the gathering. Preparations should begin a day or two before the meal to not create undue pressure on the host, as that would be missing the entire point.

Apart from the following recipes, hosts should throw together a few additional options such as a fruit salad, toast with sliced avocado, yogurt and granola parfaits, and a simple arugula or panzanella salad.

It’s a wonderful time of year to go all out for your family and create a holiday brunch to remember.

Preheat the oven to 350°F and lightly grease a 9-by-13 baking dish with butter. In a medium bowl, whisk eggs, milk, 1 tablespoon brown sugar, 1 teaspoon of cinnamon, and sea salt. In a small bowl, stir together the remaining brown sugar and cinnamon. Place slices of bread into the egg mixture until lightly soaked, then move and overlap them, slightly tilted, into the baking dish. Try to arrange slices so the tops are level. Sprinkle with the brown sugar and cinnamon mixture and bake for 30 minutes or until the eggs are set and the top is golden brown. Top with the maple syrup, then garnish with toasted almonds and fruit. Serve immediately.

In a medium bowl, stir flour, baking powder, baking soda, brown sugar, salt, cinnamon, nutmeg and ginger. In a large bowl, whisk buttermilk and sweet potato puree, then add eggs and vanilla. Fold flour mixture into the egg mixture. Melt butter in a large skillet on medium heat, then add pancake batter in desired sizes. Cook until bubbles start to form in batter and pancake is golden underneath, then flip and cook other side until golden. Garnish with maple syrup, then sift powdered sugar on top, followed by pecans. Serve immediately.

In a large bowl, whisk the eggs and add salt, pepper, and half of the Parmesan. In a large skillet, heat 1 teaspoon of olive oil. Add the onion and sauté until translucent, then add the sausage, breaking it up as you stir. Cook until sausage is browned and done. Remove from heat and add to a bowl. Turn oven broiler on high. Add 2 tablespoons of olive oil to the skillet, then add the potatoes and cook until crisp and lightly browned. Add the remaining olive oil, stir the eggs into the skillet, followed by the sausage mixture, stirring frequently. Cook over medium-high heat until egg sets, about 3 to 4 minutes. Sprinkle the remaining Parmesan on top and broil the frittata on the lowest rack until top is lightly browned. Let cool for 5 minutes before serving and garnish with chopped parsley.

Preheat oven to 350°. In a large saucepan, bring water to a boil. Slowly stir in grits and salt. Reduce heat; cover and simmer until thickened, about 15 minutes. Slowly whisk in milk, butter and eggs. Stir in cheese, Worcestershire, cayenne, paprika and garlic powder. Transfer to a greased 2-quart baking dish. Bake uncovered for 30-35 minutes. Let cool 10 minutes before serving.