Mushrooms are the latest supplement craze 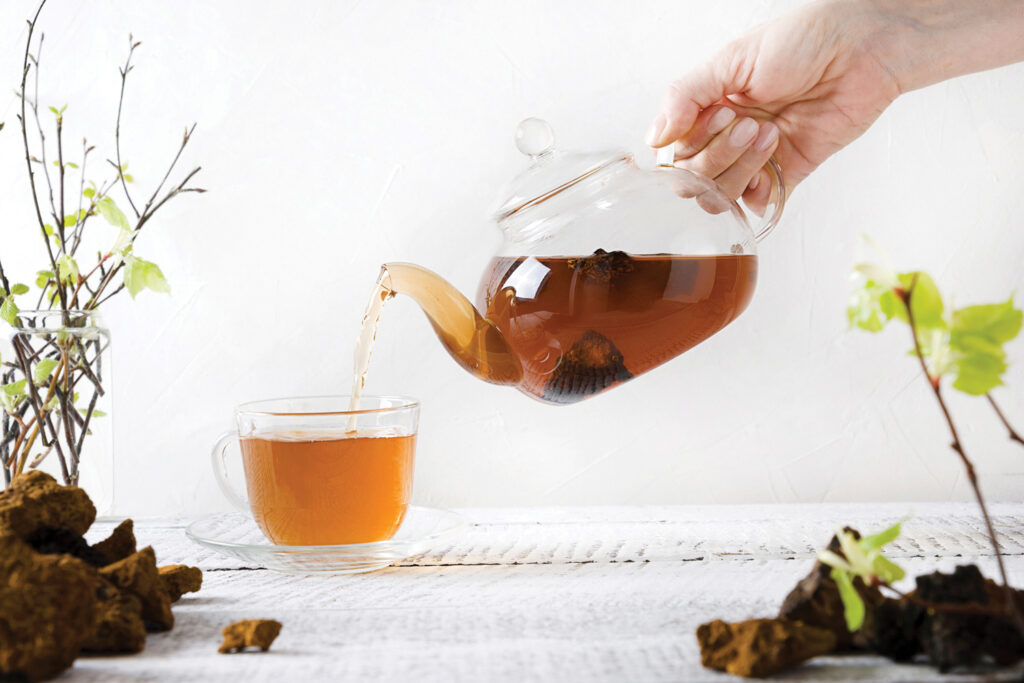 Daily mushroom consumption has been shown to lower the risk of cancer. They can help safeguard the health of the brain and act as a source of vitamin D.

The use of mushroom supplements is on the rise, and a number of bold claims speak to the benefits of having some fungus among us. These claims include a You Tube video and Ted Talk by mycologist (someone who works with fungi) and author, Paul Stamets entitled, “Six Ways Mushrooms Can Save The World.”

Locally, Renee Montague, the manager of the wellness department at Wilmington’s Tidal Creek Co-Op says, “I can go on and on about mushrooms, they are the most powerful thing that we sell. Mushrooms can cover a wide variety of needs.”

Some of the benefits associated with ingesting mushrooms in capsule form or infusing mushroom powder into a smoothie include receiving a boost to cognition, heart health, energy and focus, and there is a dearth of anecdotal evidence to support these claims.

“Lion’s mane is generally put in all of the blends. It is also sold as a standalone for memory and focus. We get testimonials about it from people who say they are on the verge of memory issues like dementia or Alzheimer’s,” Peck says.

The FDA has yet to evaluate these claims, which should come as no surprise to anyone who has purchased an herbal supplement, vitamin or dietary aid in recent years. However, many organizations have conducted research on the health benefits, all available through a few mouse clicks in an internet search or a couple taps on the old smart phone.

An item of interest that takes a little more digging, is that many producers offering mushrooms as a dietary aid cut their products with a variety of fillers.

“Our supplements do not include any additional additives or fillers, such as rice or mycelium, and we don’t buy from China,” says Grant Grinnell, who runs Fresh Alternatives, a small-batch mushroom farm in Wilmington.

Grinnell is a fun guy, especially for those who believe in the value of ingesting mushrooms as a dietary supplement. He cultivates a variety of mushrooms and his focus on only using fresh ingredients has earned him attention from health food enthusiasts.

After harvest, Grinnell packages the mushrooms into capsules for direct-to-consumer sales through his website. He produces three types of mushroom dietary supplements:  lion’s mane, pink oyster and cordyceps.

Some of the claims associated with lion’s mane include decreasing anxiety and depression, increasing mental acuity and focus. Oyster mushrooms have been shown to reduce blood glucose and cholesterol, provide a boost of energy and assist in heart health.

Cordyceps have also been studied for their ability to increase energy, improve heart, lung and liver function, and inhibit the production of free radicals, which are known to cause cancer.

“On Cordyceps, yes, that’s going to be for your energy,” says Peck.

Lovey’s sells capsules and powder for use in making smoothies in a range of approximately $22 to $40, depending on the types of mushrooms and the number of capsules. Tidal Creek sells liquid extracts and powder from mushrooms for a range between $12 and $30.

Tidal Creek also has local mushrooms in the produce department including fresh lion’s mane. “Folks stir fry it. Our lion’s mane goes real fast,” Montague says. She says when beginning to add lion’s mane to your diet or your supplements, you may not notice a difference right away.  “But you will overtime, she says. “You will not be as foggy in the brain.”

Grinnell points out that many of the supplements available on the open market include mycelium as filler, even though it does not provide many health benefits. He says it is best to avoid it. Mycelium is similar to the root structure of a plant, in that it is a rich network of filaments that collect food, water and nutrients that support the development of the fungus.

“I wouldn’t sell anyone mycelium,” says Grinnell, who disposes of hundreds of pounds of it per week by recycling it into compost.

Grinnell says cultivating mushrooms is as easy as creating a sterile environment, if the goal is only for personal consumption. When it comes to commercial production, the process becomes more complex and the input costs increase.

Even the humble, common mushroom one might find in the grocery store has been shown in many studies to provide a range of positive outcomes. One is simply that mushrooms infuse almost any dish with a savory flavor without significantly increasing the calorie count or fat content.

Another is that studies and research show daily mushroom consumption has been shown to lower the risk of cancer. Reducing the intake of sodium and the production of cholesterol, helping to safeguard the health of the brain, and acting as a source of vitamin D are a few of the other benefits associated with eating mushrooms.

Additionally, mushrooms have been shown to aid in the growth of healthy bacteria in the stomach, along with helping maintain a healthy immune system, as they contain a number of essential macronutrients. This is great news for anyone who believes in the value of food as medicine.

For those who simply appreciate tasty food, there has never been a need to justify including mushrooms. It’s not exactly news to say that a mushroom and cheese quesadilla is one of the quickest, tastiest lunches around. Or that a quick sauté with some peppers and onions will up the flavor profile significantly on a fajita dish or cheesesteak.

Similarly, a humdrum everyday egg scramble gets a huge uptick in flavor and interest by starting the pan off with some fresh mushrooms. That boring old pot roast will also receive a boost from adding mushrooms into the slow cooker.

And, anyone who has experimented with the idea of becoming a vegetarian will likely corroborate the statement that a portobello mushroom is a tasty burger substitute. Another tasty concoction, especially for the colder months, entails baking chicken with fresh mushrooms and cream of mushroom soup, then serving over white or wild rice.

Aside from the health benefits, the fact that mushrooms are relatively inexpensive, simple and easy to prepare only adds to the appeal.