Bridging the Past To the Future 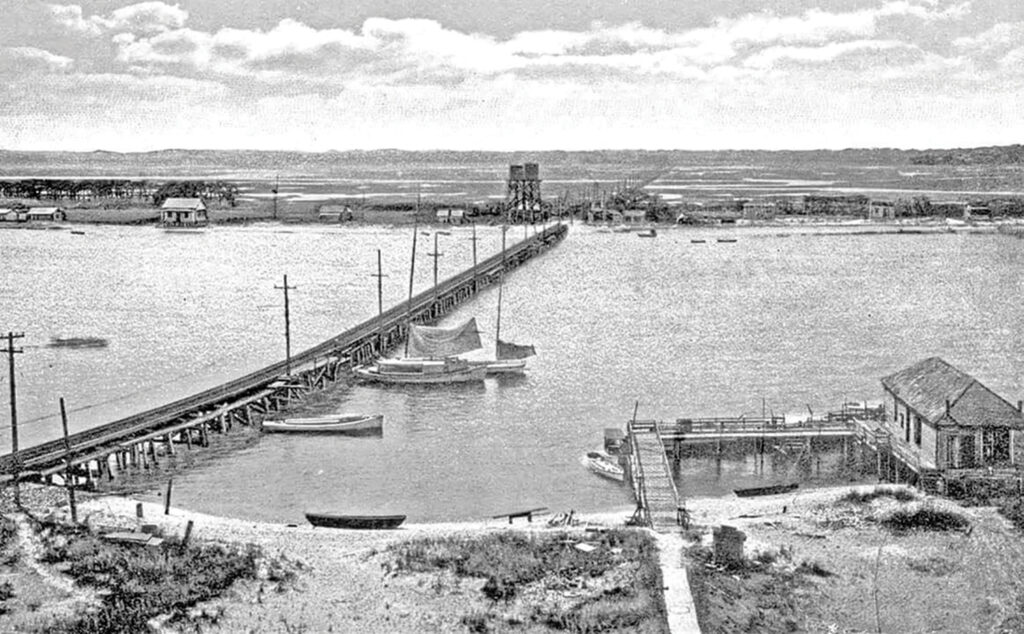 Renovations expected to be complete

The South Banks Channel Bridge at Wrightsville Beach turns 50 this year and, coinciding with that milestone, the fixed bridge is undergoing a $3.7 million makeover from the North Carolina Department of Transportation to repair and preserve the concrete structure.

The outside southern lane will remain closed to traffic for the duration of the project, which will continue throughout much of 2022. Estimates have tens of thousands of visitors driving across the bridges to enjoy Wrightsville Beach during the summer months.

The project includes repair of the girders and approach slab and replacing bridge joints.

“Anytime you go underneath that bridge by boat and look up you can see exposed reinforcement steel, the salt water just eats it up,” says Wrightsville Beach Mayor Pro Tem Hank Miller, a Harbor Island resident. “You have to make sure the structural integrity is still there. The repairs will extend the life of the bridge for the future.”

When the two barrier islands off the Carolina coast became popular with summer visitors and residents, the only access through 1888 — except, of course, by boat — was via a footbridge stretching from the Hammocks, now South Harbor Island, over to Wrightsville, known then as Ocean View Beach.

In 1889, a trestle bridge constructed by the Wilmington Seacoast Railroad Co. for its passenger trolley replaced the footbridge.

The open-air trolley carried visitors from downtown Wilmington, picked up others along the way, to cross Banks Channel, depositing riders at stops along Lumina Avenue before terminating at the famed Lumina Pavilion, the three-story, beachfront attraction that opened in 1905.

For 25 cents, visitors could get a ride on the trolley and admittance to the Lumina, where entertainment options included outdoor movies on the beach, and live big band music and dancing on the top-level dance floor. Many of the famous big bands of the day, including Vaughn Monroe, Benny Goodman and Guy Lombardo, played at the Lumina.

A two-lane wooden bridge was built in 1935, the first to bring automobiles across Banks Channel from the sound side to the beach. A raised footbridge ran adjacent to the westward lane.

Scott McKinnon, a Wrightsville Beach native and docent at the Wrightsville Beach Museum of History, remembers those earlier days fondly. In 1946, he and his family moved to Harbor Island. McKinnon frequented the two-lane wooden bridge from the Hammocks to the beach.

“I walked across the walkway on the bridge I can’t tell you how many times. I was at the beach about every day. We would leave in the morning, might come home for lunch, might not,” laughs McKinnon.

He was in the first graduating class of Wrightsville Beach Elementary School in 1953, and worked summers at the Crest Movie Theatre in high school. The Lumina continued to draw visitors across the wooden bridge in the 1950s. The big bands and dancing of earlier years were replaced with performances by local musicians and roller skating.

“The Jetty Jumpers, a popular local band, was a favorite,” McKinnon says. “The large dance floor became a skating rink. I spent many nights in the summertime roller skating with friends. You’d show up and your friends would be there.”

The current South Banks Channel four-lane concrete bridge on Causeway Drive (U.S. 76) was built in 1972. The preservation of the bridge is expected to be completed in the fall of 2022.