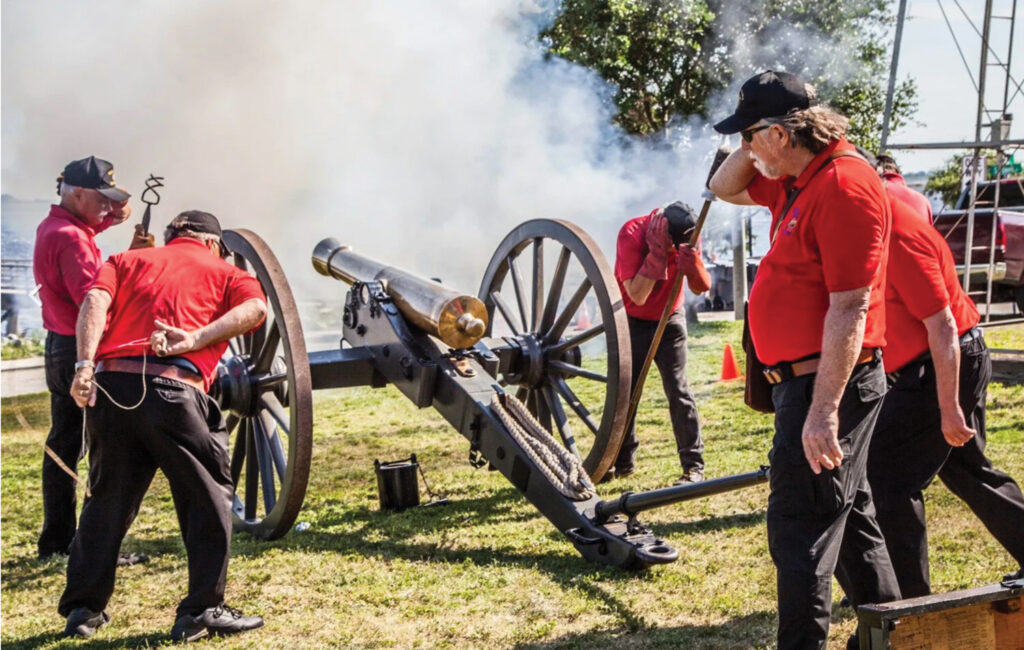 The tiny, historic town of Southport is preparing to host about 50,000 people for its annual North Carolina 4th of July Festival, set to begin with a welcoming ceremony on June 30. In addition to the parade that will take over the streets at 11 a.m. on July 4, the festival will include a variety of events.

The highlights include the arts and crafts market, food concessions from July 1-4, live music, a firefighters competition, and several readings of the Declaration of Independence. In response to the popularity of the event last year, Cape Fear Cruisers is hosting another classic car and truck show on July 2.

Now in its 227th year, the event has swelled to include the neighboring, oceanfront town of Oak Island. There, a fireworks show will celebrate the birthday of the town at 9 p.m. on July 1 from the Oak Island Pier. A beach day with sand sculpture building, volleyball and bocce ball contests, along with a shag competition and evening entertainment, is also scheduled.

“We are thrilled to have a full schedule of events between Southport and Oak Island,” says Trisha Howarth, press chair of the festival. “We hope the public enjoys every day of the festival. After two years of reduced activities, we are delighted with this year’s schedule and continuing to promote patriotism during the Fourth of July celebrations.”

In keeping with its mission of promoting patriotism, the festival will include a veterans’ recognition ceremony and a flag retirement ceremony, as well as a military and first-responder equipment exhibition. The flag-raising ceremony, set to take place on July 4, will feature a colonial band with citizens dressed in period costumes playing the drum and fife.

The event traces its origins to 1795, and it was recorded in a Southport newspaper. Known as the Festival of Free Men, it was characterized by cannon salutes throughout the day from ships anchored at harbor. In 1972 it was incorporated as the North Carolina 4th of July Festival, a nonprofit officially sanctioned by the secretary of state.

To keep maritime traditions afloat, the festival will include a freedom flotilla across the Southport waterfront on July 2. There will also be a paddlers parade on June 30 in the Davis Canal for kayakers and standup paddleboarders to show off their patriotic spirit.

The event’s naturalization ceremony may be most emblematic of the lofty ideals in place at the time of our nation’s founding. It became a part of the festival in 1996, providing a platform for individuals to take their Oath of Allegiance. More than 700 new citizens have taken their oath during the ceremonies since 2007.

Wilmington, Wrightsville Beach, Carolina Beach and Kure Beach locals who have enjoyed taking their bike over to Southport from Fort Fisher in the past may be interested to know that the price for transport is still $2. The ferry runs approximately every 45 minutes. Reservations are not taken.