Ashley High School guard could be Wilmington’s next basketball superstar 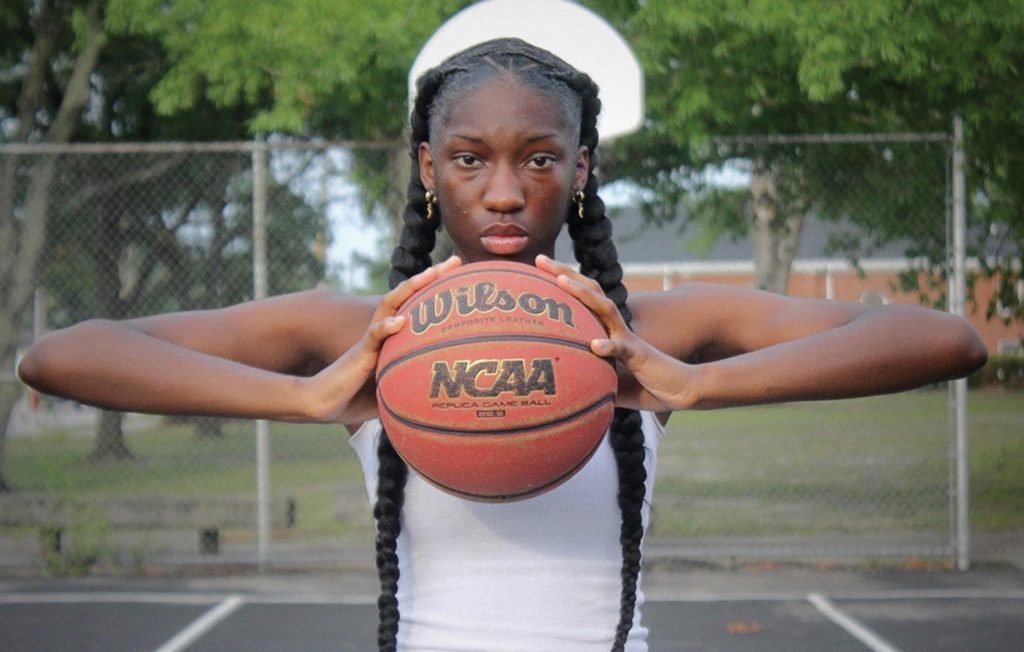 South Carolina is one of the elite women’s basketball programs in the country. Head coach Dawn Staley led the Gamecocks to the NCAA championship in 2017, and they were ranked No. 1 this year when the season was canceled by COVID-19.

When you’re one of the best programs in the nation, you only recruit the best players in the nation — like Saniya Rivers, a guard who plays at Ashley High School in Wilmington.”

Rivers is ranked as the third-best recruit in the United States by ESPN. A junior, she verbally committed to play at South Carolina in May. She’ll play her senior year at Ashley High — catching some Gamecocks games when she can — before joining the team in 2021.

Rivers began dribbling a basketball when she was 2. By age 4 she was making shots against 7-year-olds. In fifth grade, she started playing AAU tournaments and getting noticed. She had her first college offer when she was in the eighth grade, and by her junior year at Eugene Ashley High School, more than a dozen of the country’s top colleges were vying for her, including the University of Connecticut, Notre Dame, Duke, the University of North Carolina at Chapel Hill (UNC), and NC State.

NCAA rules forbid universities from announcing commitments from juniors, who can’t sign an official letter of intent until November of their senior year. But Staley hinted about it on Twitter, and the next day Rivers herself made it official in a video that has received close to 200,000 views.

“It was my first offer when I was in eighth grade,” she says. “It’s the best fit for me; the coach is a proven winning coach, and I feel really comfortable with the players. With women’s basketball a lot of people don’t appreciate it as much as they should but when you see the games at South Carolina you would think it was a men’s game. It’s just an amazing environment there.”

Rivers, who attended Laney High School her freshman and sophomore years, averaged 25.0 points, 11.8 rebounds, 6.4 steals and 4.3 assists per game as a junior at Ashley and was named the 2019/2020 North Carolina Gatorade Girls Basketball Player of the Year.

Saniya Rivers, who stands 6-feet-tall, is often referred to as Wilmington’s female Michael Jordan. Jordan was a Laney High School graduate who went on to star at UNC and in the NBA.

“Michael Jordan is definitely the G.O.A.T. (greatest of all time) so that makes me feel good,” Rivers laughs.

Jordan’s fans wanted to “Be Like Mike.” Rivers, who is known for her trademark long braids, already has fans wanting to “Be Like Saniya,” including the little girl who waited for her outside the locker room after a playoff game.

“It was probably the sweetest thing that’s ever happened,” she says. “There was this little girl and she had her two braids and I had my two braids and I said, ‘Are you twinning with me?’ She gave me the biggest hug.”

Dee Dee and Donnell Rivers are proud of their daughter, who remains grounded despite the national attention.

“People always tell us, ‘We love her game,’ but most of all they want to commend her on her attitude and staying humble. That’s the main thing we really appreciate as parents,” says Donnell Rivers.

Mom and dad are happy Saniya will be playing relatively close to home. The University of South Carolina is in Columbia, about three and a half hours from Wilmington.

“I’ve been preparing her because I know what it looks like at the next level and it’s not all peaches and cream, there’s going to be some hard work involved,” says Dee Dee Rivers.

The work ethic it takes to be the best is something Donnell and Dee Dee have instilled in their daughter.

“It’s so easy to get complacent when you get to a certain place, but you have to realize there’s always someone in the gym trying to get better than you, therefore you have to keep working on your craft,” says Donnell.

Saniya tells aspiring players to focus on ball handling and agility drills and don’t ever forget why they started playing basketball in the first place.

“If you’re not having fun, don’t do it,” she says. “Basketball is a fun sport. When you play, live in the moment.”